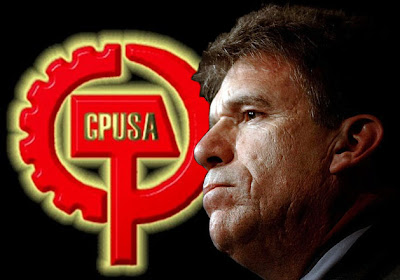 Why is this important?

A key part of Mark Ritchie's job is to oversee electoral recounts in Minnesota. Read More
Posted by Donna Sorensen/jas2maui at 4:44 PM

This guy could be bogus or he could be real. You Decide!
Published by Ulsterman on November 29, 2010 in Opinions

The first part of our most recent D.C. Insider interview reflects on just how far the media went to protect and promote Barack Obama during the 2008 campaign, including helping secure John McCain as Obama’s Republican opponent.

"Think about it – how does a candidate sit in a racist church for 20 years, he’s got a pastor screaming about the evils of America, and this candidate walks away from it almost unscathed and marches right on in to the White House."

"How did the Obama camp help John McCain be the Republican nominee? Well let me refresh your memory here. Toward the end of…2008, no – 2007, McCain’s campaign was in the –expletive- toilet, right? And Romney was shaping up to be the frontrunner going into 2008. That had the higher ups in the Obama camp very concerned. If we got by Hillary, then the only guy who might challenge us money-wise would be Romney. He had some bucks, he had inroads with the large donor Republicans. The contradiction between him and Obama was not stark enough. Romney was by far the bigger threat – much more so than McCain…"  Read More
Posted by Donna Sorensen/jas2maui at 11:27 AM

This is a great read..."The interesting times in which we live are going to become even more so."
Jekyll and Hyde Government
Posted by Donna Sorensen/jas2maui at 10:49 AM