One step in the right direction!

The Bourgeoisie, Egalitarianism, and the Death of Culture

The Bourgeoisie, Egalitarianism, and the Death of Culture
Posted by Donna Sorensen/jas2maui at 1:01 PM

This guy could be bogus or he could be real. You Decide!
Published by Ulsterman on December 2, 2010 in Opinions

Our second installment of the latest DC Insider interview broaches the subject of Soros, and hints at a shocking revelation regarding First Lady Michelle Obama.

Posted by Donna Sorensen/jas2maui at 10:32 AM 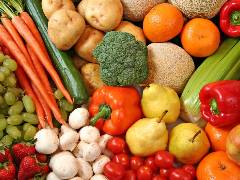 And when the Wall Street Journal complains of corporate welfare via regulatory expansion, it’s worth noting.  In an editorial today scolding the GOP for playing ball on S510, the food-safety bill that Harry Reid pushed as part of his desperate lame-duck agenda, the WSJ’s editors notes that the expansion of FDA powers and especially its mandatory recall authority will disproportionately impact smaller growers, especially in the House version, which is why the larger corporations didn’t put up much of a fight (via The Week):  Read More
Posted by Donna Sorensen/jas2maui at 9:41 AM

The financial crisis stretched even farther across the economy than many had realized, as new disclosures show the Federal Reserve rushed trillions of dollars in emergency aid not just to Wall Street but also to motorcycle makers, telecom firms and foreign-owned banks in 2008 and 2009.
Read More
Posted by Donna Sorensen/jas2maui at 9:00 AM