"Pointing out how Republicans and Democrats agree on the most important topics, such as US foreign policy, endless wars in the Middle East, and the dominance of the private banking system over the economy, Griffin lays out how the left-right hoax is used to steer the destiny of America."

In this exclusive 80 minute video interview for Prison Planet.tv subscribers, legendary conspiracy author G. Edward Griffin explains how his research, which spans no less than 5 decades, has revealed a banking elite obsessed with enforcing a world government under a collectivist model that will crush individualism and eventually institute martial law as a response to the inevitable backlash that will be generated as a result of a fundamental re-shaping of society.

Griffin discusses the similarities between the extreme left and the extreme right in the false political paradigm and how this highlights a recurring theme – collectivism. Collectivism is the opposite of individualism and believes that the interests of the individual must be sacrificed for the greater good of the greater number, explains Griffin, uniting the doctrines of communism and fascism. Both the Republican and Democrat parties in the United States are committed to advancing collectivism and this is why the same policies are followed no matter who is voted in to the White House.

“All collectivist systems eventually deteriorate into a police state because that’s the only way you can hold it together,” warns Griffin.  Read More

Posted by Donna Sorensen/jas2maui at 5:05 PM

We are in a financial no-man's land

"The myth of government is breaking down around the world. For those with 20-20 vision, the Emperor is already seen sans clothes." 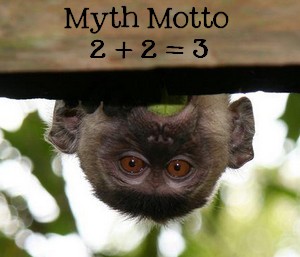 Despite Government propaganda and manipulated statistics to the contrary, our economy continues to deteriorate. For every "green shoot" highlighted by the Government and its lackey media, multiple contra-examples are cited by independent analysts.

To continue to deny reality risks credibility. Perhaps that is why S&P, arguably a sock-puppet of Wall Street, on Monday made its announcement regarding the financial condition of the US. As reported by the Wall Street Journal:

Standard & Poor's Ratings Services Inc. cut its outlook on the U.S. to negative, increasing the likelihood of a potential downgrade from its triple-A rating, as the path from large budget deficits and rising government debt remains unclear.

Fitch and Moody's have not yet seen fit to change their ratings. Preservation of the little credibility the ratings agencies have left will force them to follow in the course of time.

The S&P judgment was as unexpected as a terminally-diagnosed patient finally reaching his final destination. Reaction by the political class to the "death" is likely to be characterized by the Claude Rains gambit: "I'm shocked, shocked!" How could anyone have seen this coming? Actually, the only surprise is why S&P waited so long to report on the obvious and why it didn't also remove the Triple A credit-rating of US debt. That downgrade of debt will follow eventually. Apparently S&P doesn't want to pronounce a corpse dead until it is put into the ground.  Read More
Posted by Donna Sorensen/jas2maui at 11:02 AM 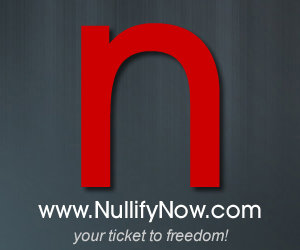 I had an amazing time surrounded by brilliant liberty minded people in Austin and Dallas over the past week. The word on Alt-Market is spreading fast, most especially due to the help of Stewart Rhodes of Oath Keepers, the Nullify Now team and Michael Bolden (who all know the Constitution like the backs of their hands), and Alex Jones of Infowars.com, who has inspired the movement for many years, and generously brought me on his show to share the Alt-Market idea with millions. Below is an audience video of the joint speech Stewart and I made at Nullify Now. More videos, including an extended studio interview with Alex Jones, will be available soon.

For A Free Future,

Brandon Smith
Posted by Donna Sorensen/jas2maui at 10:37 AM

A conspiracy of silence about Obama’s ineligibility

"We now know that our political elite and the MSM do not care about the Constitution. They only care about maintaining their power and privilege.

If they are deaf to the voice of the people, then we, the people, must take up the fight as our own." 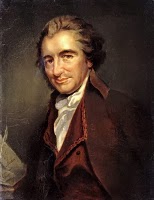 Thomas Paine was an author and one of the Founding Fathers of the United States. He is best known for the widely-read and influential pamphlet Common Sense (1776), advocating colonial America’s independence from Great Britain.

So effective was Paine in eliciting patriotic fervor that John Adams said “Without the pen of the author of Common Sense, the sword of Washington would have been raised in vain.”

The quotes you will read below are those of revolutionary intellectual Thomas Paine.

Barack Hussein Obama has never been eligible for the presidency because he does not meet the requirements of natural born citizenship according to the Constitution i.e. someone born in the US of citizen parents at the time of birth.

“It has been the political career of this man to begin with hypocrisy, proceed with arrogance, and finish with contempt.”

“We can only reason from what is; we can reason on actualities, but not on possibilities.”

There continues to be a conspiracy of silence about Obama’s ineligibility among the political elite and the main stream media (MSM). They know the Constitution has been violated. Either they lack the courage or the integrity to speak the truth.

“It is an affront to treat falsehood with complaisance.”  Read More
Posted by Donna Sorensen/jas2maui at 9:47 AM

Who's Obama'a Daddy: Trump is asking the wrong question

Why is Trump asking where the birth certificate is when Obama has already admitted to not being a natural born citizen of the United States?

The Founders borrowed the term natural born citizen from the international treatise known as the Law of Nations, which appears in the U.S. Constitution under Article I and the enumerated powers of congress to enforce violations against the Law of Nations.

1) natural-born citizens, are those born in the country, of parents who are citizens.
2) those children naturally follow the condition of their fathers, and succeed to all their rights.
3) The country of the fathers is therefore that of the children; and these become true citizens
4) in order to be of the country, it is necessary that a person be born of a father who is a citizen; for, if he is born there of a foreigner, it will be only the place of his birth, and not his country.

The proper question is – WHO’S YOUR DADDY?  Read More
Posted by Donna Sorensen/jas2maui at 9:29 AM