How To Identify Members Of The Collectivist Fringe

"Such a movement has no boundaries. It only stops when it has assimilated EVERYTHING, and never before." 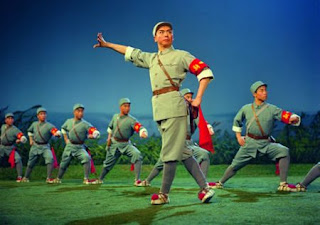 There is a mysterious, devious, and violent movement out there on the fringe of American society. Its tendencies are destructive, its theories and ideologies are absurd and unfounded, and its influence is growing to the point of cultural eruption. Its goal is to destabilize the legal constructs and philosophical principles which founded this country and replace them with a new social model so far outside rational guidelines it can only be described as “fantasy land on PCP.”

Now, if you are one of the random indoctrinated idiots out there that has already assumed I am describing the Sovereign Citizens Movement, Constitutionalists, or so called “right wing extremists”, then you have answered incorrectly, you receive no consolation prize, and you go home empty handed on top of being completely inept. Hang your head in shame...

I am certainly not describing Constitutionalists, who have never been a “fringe movement”, and never will be. I am not talking about Sovereign Citizens, who, thanks to a recent and very poorly executed 60 Minutes hit piece, are now superficially lumped in with every conceivable villain known to man, including Terry Nichols, Jerry and Joseph Kane, racism in general, and the ever nefarious Wesley Snipes (who did, I admit, play a villain in the movie ‘Demolition Man’).

This rancid piece of festering half-assed journalism is a laughable example of a clueless and outdated mainstream media desperately trying to tap the propaganda vein of the average American dupe. Luckily, the only people left on the planet that actually watch ‘60 Minutes’ for news value are all senile geriatrics who are about 60 minutes from death anyway. However, the hit piece does represent very well the particular movement I am describing.  Read More
Posted by Donna Sorensen/jas2maui at 11:15 AM

"Every year thousands of Americans become ill and hundreds die from ingesting pasteurized milk and cheese contaminated with listeria, salmonella, or other harmful pathogens." 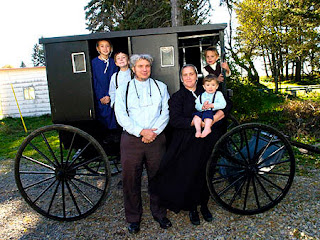 Dan Allgyer, an Amish farmer from Pennsylvania, finds himself an enemy of the state. He is an enemy not because he is a violent man, not because he performs acts that threaten the lives or properties of others, and not because he is involved in some plot to overthrow the government. Dan Allgyer is a humble farmer whose “crime” consists of selling raw milk harvested from his cows to people who ask for it, including those who want it from Maryland and the District of Columbia.  Read More
Posted by Donna Sorensen/jas2maui at 10:31 AM 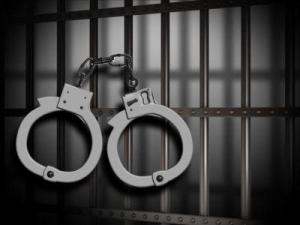 And in the White House, Folks, we have this clown, this con artist who shows fake birth certificates, has a bogus Social Security card, and pretends he’s the president of the United States. But wait, other people ALSO pretend that he’s the president; what’s that all about? Well, it’s got to be power and money, but mostly money. These people will do everything possible to keep the gravy train on track.

These people, and, let me tell you, there’s a whole bunch of them, are very entrenched. They’re the bosses and have their underlings hand-picked to follow directions and orders without questioning the legality of those orders. In other words, most government employees are synonymous with what leeches do with as little effort as humanly possible. Also, there are minions of policemen who will do whatever they are told in order to protect their paychecks and pensions, as are many in the military, especially the Joint Chiefs of Staff and high-ranking officers in the Pentagon.

The mainstream media are on board with the charade because of fears of losing their license from the F.C.C. Actually, the F.C.C. should have pulled their licenses for pushing White House propaganda and lies, but since the F.C.C. has been corrupted, as have other departments of the government, their mandates have been rendered obsolete.  Read More
Posted by Donna Sorensen/jas2maui at 10:25 AM