FOUNDERS WITHOUT WHOM AMERICA WOULD NOT EXIST

As we approach another Independence Day, I think it would be good to remind ourselves of who those men were that counted the cost and paid the price to bring this land of liberty into existence. Unfortunately, the vast majority of Americans today seem to have very little--if any--knowledge and appreciation for the sacrifices that our Founding Fathers made in order to birth this great country. We can thank the vast majority of our schools (including the institutions of higher learning), major media, political institutions, and even churches for this egregious embarrassment. Accordingly, I think it fitting that today's column will attempt to renew in our hearts the respect and reverence that these great men whom we call Founding Fathers so richly deserve.

Called "The Father of His Country," George Washington was, perhaps, the most important man of the founding era. Supernaturally spared during the Indian wars, Washington became the military leader who held the Continental Army together when it was virtually impossible for any man to do so. Without his leadership at Valley Forge and elsewhere, there is absolutely no doubt that the Continental Army would have fallen apart and the fight for independence would have been lost.

Equally significant is the leadership that George Washington demonstrated in the Continental Congress. Without question, Washington was the glue that held the political bodies of the colonies together. Then, add the fact that George Washington was America's first President, whose leadership solidified the colonies into a new United States, and his value to the cause of American independence cannot be in any way overstated.

Think of it: George Washington was the commander-in-chief of the Continental Army. And he led that inferior army to victory over the greatest military force in the world at the time: Great Britain. Afterward, Washington rebuffed a strong effort to inaugurate him as America's king, and led the fledgling nation to embrace republican government instead. Washington presided over the Constitutional Convention that drafted the US Constitution. He was America's first President. Washington's Farewell Address formed the compass and rudder of America for at least the next hundred years and, in my opinion, is the greatest political address ever delivered on American soil. Without George Washington, there would be no America.

Thomas Jefferson was the principal author of America's birth certificate: the Declaration of Independence. In my mind, there is no greater document of liberty ever written by man. When it came to the understanding of human rights, individual liberty, State rights, and enlightenment philosophy, Jefferson had no peer.

President John F. Kennedy once held a dinner at the White House for a group of the brightest minds in the nation at that time. He made this statement: "This is perhaps the assembly of the most intelligence ever to gather at one time in the White House with the exception of when Thomas Jefferson dined alone." He was probably right.

Jefferson served in the Continental Congress; he was the first Secretary of State; he was the third President of the United States; he commissioned the Lewis and Clark expedition; he was the author of the Virginia Statute For Religious Freedom, which is regarded as one of the greatest declarations of religious liberty ever written; he spoke five languages and could read two others; he knew and influenced virtually every man who would be regarded as a Founding Father today; and he wrote nearly 16,000 personal letters. Had not the British burned much of it in the War of 1812, his library would probably go down as the greatest personal collection of literary works ever collected by one man. Without Thomas Jefferson, there would be no America.

Patrick Henry was the colonies' most ardent advocate of liberty--bar none! In oratorical genius, he has never had an equal. Henry was a self-educated lawyer, successful farmer, devoted father of 17 children, and five-term governor of Virginia. Henry was the first Founding Father to defy British taxes, and in so doing was the first who was willing to risk death as a traitor.

Patrick Henry's immortal speech at St. John's Church in Richmond to a gathering of the Virginia legislators in 1775 is regarded yet today as the most influential speech ever delivered on American soil. Probably more people are acquainted with that "Give Me Liberty, Or Give Me Death!" speech
than any other public address ever delivered.

Henry's contribution to the War for Independence cannot be underestimated. As Governor of Virginia (the richest and most populated of the 13 colonies), he supplied the largest share of arms and munitions to the outnumbered and poorly provisioned Continental Army. It was also Patrick Henry and his fellow Anti-Federalists who were primarily responsible for the first ten amendments to the Constitution (the Bill of Rights) being drafted and ratified. Without Patrick Henry, there would be no America.

Samuel Adams is rightly called "The Father of the American Revolution." He was a cousin to President John Adams and a graduate of Harvard. He was perhaps the most influential member of the Massachusetts State legislature. He succeeded John Hancock as Governor of Massachusetts. He was a delegate to the Continental Congress and a signer of the Declaration of Independence. He, along with men such as Dr. Joseph Warren, Patrick Henry, Thomas Jefferson, Richard Henry Lee, and Josiah Quincy, Jr., created the "Committees of Correspondence," which became the principle conduit of articles and letters of pro-revolution, pro-liberty, and pro-independence communication between the colonies. Adams was also very influential in the now-famous Boston Tea Party.

Sam Adams was so hated by the British government that they used military force to try and apprehend him, which led to both the Boston Massacre on March 5, 1770, and the "Shot Fired Heard 'Round The World" at Lexington Green and Concord Bridge on April 19, 1775. Without Samuel Adams, there would be no America.

James Madison is properly called "The Father of The US Constitution." He was the fourth President of the United States and was the principal author of the Bill of Rights. Madison authored more than a third of the Federalist Papers. Thomas Jefferson referred to the Federalist Papers as "The best commentary on the principles of government, which ever was written." Madison served as US Representative from Virginia and as Secretary of State under Jefferson. George Washington considered Madison to be the preeminent authority on the US Constitution in the entire country.

Madison was a fervent proponent of the principle of divided power. He believed government (especially the federal government) could not be trusted with too much power and worked to ensure the separation of powers within the federal government. He also was a major proponent of State rights and sovereignty. Madison broke with Treasury Secretary Alexander Hamilton over Hamilton's promotion of the State Bank, and together with Thomas Jefferson, formed what became known as the Democrat-Republican Party. Madison also co-authored with Jefferson two of the most prominent documents of liberty: the Kentucky and Virginia resolutions. Without James Madison, there would be no America.

As we celebrate Independence Day this year, I trust and pray that each of us will reacquaint ourselves with the principles upon which the Declaration of Independence was written, and upon which the United States of America was founded. And while we are doing that, let's be sure we are passing these principles on to our children and grandchildren, because without their dedication and commitment to liberty, there will be no America!
Posted by Donna Sorensen/jas2maui at 9:10 PM

Ramirez and Whittle on lessons learned for this Independence Day 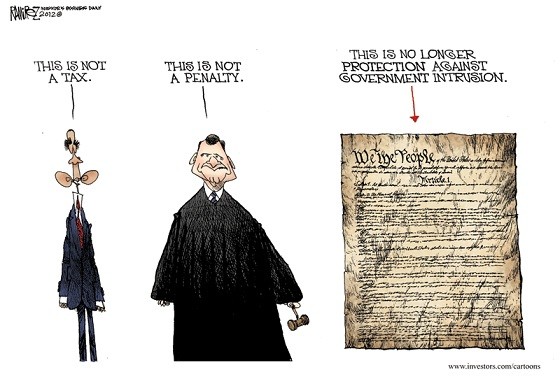 Posted by Donna Sorensen/jas2maui at 10:54 AM