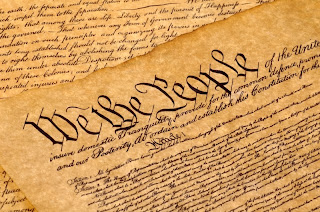 Nullification: How to Resist Federal Tyranny in the 2lst Century
By Alan Caruba Tuesday, December 28, 2010

The great issue of our times is the same great issue of the 1830s. The question is whether Congress can pass legislation or the President issue executive orders that are not authorized by or consistent with the Constitution?

The federal government is a republic composed of separate and sovereign republics.

What recourse do the States have individually and in combination when the central government acts in a fashion that is contrary to the limits and enumerated powers of the Constitution?

The answer, other than an appeal to the courts, is nullification. This term is defined as the assertion that States can and should refuse to enforce unconstitutional federal laws.

This is no trifling matter.

In the past two years since the advent of the Obama administration, the federal government has seized control of one sixth of the nation’s economy, asserting control over the provision of healthcare.

It seized control of General Motors and Chrysler auto manufacturers, arbitrarily casting aside the rightful expectations of their bondholders and other creditors.

It has imposed absurd and invasive demands on air travelers.

It is considering a United Nations treaty that would render the Second Amendment null and void.

It has sued Arizona for enacting an immigration law that mirrors its own.

It is attempting through the FCC to assert control over the Internet.

In the 1860s the issue of state’s rights led to the Civil War.

Valerie Jarrett’s Plans for Obama in 2011 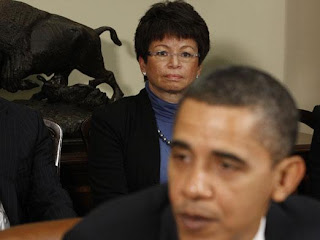 Published by Ulsterman on December 28, 2010 in Opinions

President Obama’s closest and most powerful political adviser plans to increasingly move Obama out of the Oval Office – and perhaps out of the way?

The latest rumors coming from inside The Beltway tell of top Obama administration adviser Valerie Jarrett, having successfully solidified her power within the Oval Office, giving indications President Obama will be spending even less time at the White House and more time in campaign mode in 2011. It has been repeated often that Obama cares far less for the job of governing than he does campaigning to govern, and it now appears Jarrett is going to give him ample time to do just that.

It is said Jarrett has convinced the president that much of the difficulties that led to Obama’s falling approval numbers among Americans since being elected in 2008 was that the president was not visible enough. Many even within the president’s own party likely feel such a claim is rather absurd given Obama’s seemingly unending television appearances and near non-stop campaigning throughout much of 2009 and 2010, as well as numerous (and costly) trips abroad for both himself and First Lady Michelle Obama, but it would appear Jarrett now wants even less of Obama around the White House in 2011. This past weekend Jarrett told Meet the Press the president intends to be engaging the American people far more in the coming year. In an example of unintended irony, Jarrett disclosed that the president had told her just prior to leaving for vacation in Hawaii this past week that when he gets back from vacation he wants to really figure out how to spend less time in Washington DC.

There also appears to be a disconnect within the Obama West Wing, with Press Secretary Robert Gibbs recently stating there will be few staff leaving the Obama White House in 2011. (An interesting comment given the already significant exodus of staff that took place in 2010, as well as persistent rumors of his own imminent departure in 2011.) Counter to Gibb’s recent assertions, DC Insiders are giving strong indications a significant shift is coming within the administration. Just this week a strong rumor of Hillary Clinton’s departure as from the State Department was bantered about. It has already been confirmed David Axelrod and Robert Gates are making quick exits away from the Obama White House in the coming weeks and months.

Valerie Jarrett then remains the seeming de facto President, particularly if President Obama is intent, as his own words appear to confirm, to campaign rather than govern througout 2011. Jarrett’s now open support for Obama’s absence from the White House would appear to substantiate the claims by certain DC Insiders that she is in fact, the real power within the administration. A related story tells of a meeting between Hillary Clinton and Jarrett earlier in the year in which Jarrett demanded to know of Clinton’s intentions in 2012. What Clinton specifically told Jarrett is not entirely known – but the relationship between the two powerful women has apparently become increasingly wary, with Jarrett constantly reminding President Obama the former First Lady cannot be trusted.

As for the President? He appears content with the Jarrett plan of less hands on governing and more travels outside of Washington DC, leaving the political heavy lifting to those more willing to do so. In effect, America has a president already campaigning for a second term in a job he increasingly appears not to want.

Strange days indeed…
Posted by Donna Sorensen/jas2maui at 10:06 AM 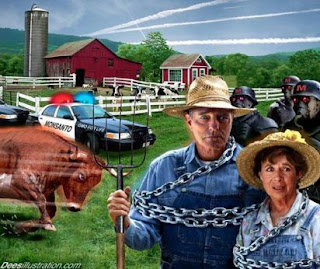 Of all the talk about S.510, virtually no one has actually read the language in the bill -- especially not those lawmakers who voted for it. The more you read from this bill, the more surreal it all becomes. For example, did you know there's a global FDA power grab agenda hidden in the Food Safety Modernization Act? Keep reading and I'll quote text straight out of the bill itself.  Read More
Posted by Donna Sorensen/jas2maui at 8:35 AM

2011-The Seeds Of The Revolution Will Be Sown

KINGSTON, NY, 28 December 2010 — After the tumultuous years of the Great Recession, a battered people may wish that 2011 will bring a return to kinder, gentler times. But that is not what we are predicting:

1. Wake-Up Call The people of all nations, having become convinced of the inability of leaders and know-it-all “arbiters of everything” to fulfill their promises, will do more than just question authority, they will defy it. The seeds of revolution will be sown….

2. Crack-Up 2011 In 2011, with the bailout funds and arsenal of other schemes to prop up the economy depleted, teetering economies will collapse, currency wars will ensue, trade barriers will be erected, economic unions will splinter, and the onset of the “Greatest Depression” (a trend we forecasted before the massive bailouts existed) will be recognized by everyone….

3. Screw the People As times get even tougher and people get even poorer, the “authorities” will intensify their efforts to extract the funds needed to meet fiscal obligations. While there will be variations on the theme, the governments’ song will be the same: cut what you give, raise what you take….


4. Crime Waves No job + no money + compounding debt = high stress, strained relations, short fuses. In 2011, with the fuse lit, it will be prime time for Crime Time. As Gerald Celente says, “When people lose everything and they have nothing left to lose, they lose it.” And “lose it” they will….

5. Crackdown on Liberty As crime rates rise, so will the voices demanding a crackdown. A national crusade to “Get Tough on Crime” will be waged against the citizenry. And just as in the “War on Terror,” where “suspected terrorists” are killed before proven guilty or jailed without trial, in the “War on Crime” everyone is a suspect until proven innocent….

6. Alternative Energy In laboratories and workshops unnoticed by mainstream analysts, scientific visionaries and entrepreneurs are forging a new physics incorporating principles once thought impossible, working to create devices that liberate more energy than they consume. What are they, and how long will it be before they can be brought to market?


7. Journalism 2.0 2011 will mark the year that new methods of news and information distribution will render the 20th century model obsolete. With its unparalleled reach across borders and language barriers, “Journalism 2.0” has the potential to influence and educate citizens in a way that governments and corporate media moguls would never permit….

8. Cyberwars In 2010, every major government acknowledged that Cyberwar was a clear and present danger and, in fact, had already begun. The demonstrable effects of Cyberwar and its companion, Cybercrime, are already significant – and will come of age in 2011. Equally disruptive will be the harsh measures taken by global governments to control free access to the web, identify its users, and literally shut down computers that it considers a threat to national security….

9. Youth of the World Unite University degrees in hand yet out of work, in debt and with no prospects on the horizon, feeling betrayed and angry, young adults and 20-somethings are mad as hell, and they’re not going to take it anymore. Not mature enough to control their impulses, the confrontations they engage in will escalate disproportionately….

10. End of The World! The closer we get to 2012, the louder the calls will be that “The End is near!” Among Armageddonites the actual end of the world, and annihilation of the Earth in 2012, is a matter of certainty. Even the rational and informed may sometimes feel the world is in a perilous state. Both streams of thought are leading many to reevaluate their chances for personal survival, be it in heaven or on earth….

11. The Mystery Trend … will be revealed upon publication of the Trends Journal in mid-January.
Posted by Donna Sorensen/jas2maui at 8:19 AM