The Media or Your Lying Eyes...The Return of Obama Gravitas

"Man, once surrendering his reason, has no remaining guard against absurdities the most monstrous, and like a ship without rudder, is the sport of every wind. With such persons, gullibility, which they call faith, takes the helm from the hand of reason and the mind becomes a wreck." --Thomas Jefferson 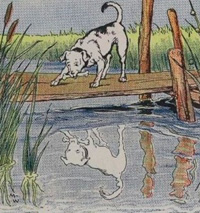 December 30, 2010
The Return of Obama Gravitas
By Stuart Schwartz

Gravitas -- what more can you ask for? Hence, the new year will bring renewed emphasis on the "brilliance" of Obama despite all evidence to the contrary. Never mind a presidency that has been "a striking failure"(American Thinker), a president whose direction of a "profligate Congress [that] carpet-bombs taxpayer dollars on greedy federal bureaucrats" (National Review), and a White House that offers "corruption" and "blatant disregard for the rule of law" (Judicial Watch)? Whom are you going to believe -- the media or your lying eyes?  Read More
Posted by Donna Sorensen/jas2maui at 9:44 AM

Thursday, 30 December 2010 07:27 Daniel Greenfield
Had Mayor Bloomberg spent as much time preparing for a massive snowfall, as he did promoting the construction of the Ground Zero Mosque, New Yorkers might have been able to get to work, receive emergency help and be able to walk down the street without injury. But the Mayor who spent the summer lecturing us on everything from the salt content of our food to the evils of Islamophobia--ignored the one thing he should have actually been preparing for Winter. 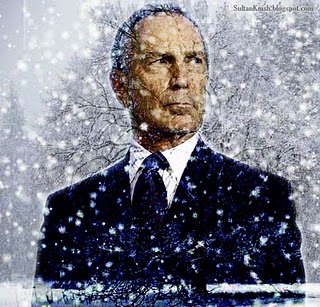 It's possible that Bloomberg's ideology fooled him into thinking that winter just wasn't coming this year. Back in 2008, he had compared Global Warming to the threat of terrorism, and focused the city's resources on buying into the eco-scam. Last winter, in response to his special Global Warming panel's alarmist claims of coastal flooding and higher temperatures in the city by 2080, the Mayor said, "We cannot wait until after our infrastructure has been compromised to begin to plan for the effects of climate change now."

And so last winter, instead of planning for the next winter, Bloomy began planning for the apocalyptic New York City of 2080, where everyone has to live on melted ice floes and battle for parking spots with marauding polar bears.   Read More
Posted by Donna Sorensen/jas2maui at 8:55 AM