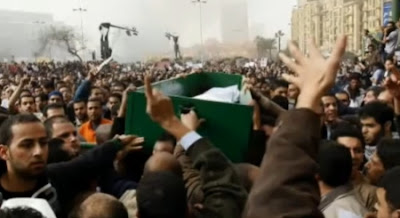 An Egyptian student tells a story very different than that most of you are seeing on television or reading in your papers.

February 02, 2011
The Story of the Egyptian Revolution
By Sam Tadros

Unless the author gives me permission to reveal his identity, I am not at liberty to disclose it. [Update: The author Sam Tadros has given his pemrission to publish his name]

My apologies for the length of this article, but I see it as extremely important to tell the whole story as it happened.

The Story of the Egyptian Revolution

One week ago, Egypt was a stable authoritarian regime, prospects of change were minimal and every expert in Washington would have betted on the endurance of its regime. Today, Egypt is in a state of chaos. The regime, even after using its mightiest sword is not able to control the country and the streets of Egypt are in a state of utter lawlessness. As the world stands in awe, confusion, and worry at the unfolding events, perhaps it is important to write the evolving story that is happening in Egypt before any reflections can be made on them.

Contrary to pundits, it turns out that the Egyptian regime was neither stable nor secure.  Read More
Posted by Donna Sorensen/jas2maui at 8:24 PM 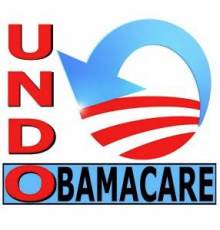 Word in D.C. is that Senate GOP Leader Mitch McConnell may introduce the House-passed Obamacare repeal bill as an amendment to an FAA bill on the floor this afternoon.

On a separate front, watch out for a State Obamacare Waiver bill sponsored by Sens. John Barrasso, R-Wyo., and Lindsey Graham, R-SC.

GOP Sen. Mike Johanns, who has targeted the onerous 1099 reporting mandates in the Obamacare law for the past year, introduced his repeal bill covering those provisions yesterday — it’s S.A. 3 to S.233. 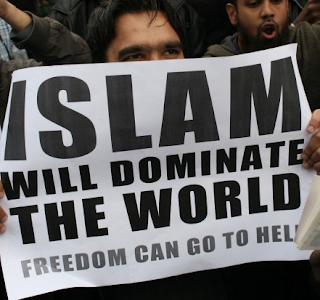 Welcome to the new reality of cold, hard choices in Egypt, and the consequences of democracy in regions where radicalism thrives.  In order to stay ahead of the crisis in Egypt, the Obama administration yesterday signaled that it supports the participation of the Muslim Brotherhood in Egyptian politics as long as they renounce violence and commit to democracy:

The Obama administration said for the first time that it supports a role for groups such as the Muslim Brotherhood, a banned Islamist organization, in a reformed Egyptian government.

The organization must reject violence and recognize democratic goals if the U.S. is to be comfortable with it taking part in the government, the White House said. But by even setting conditions for the involvement of such nonsecular groups, the administration took a surprise step in the midst of the crisis that has enveloped Egypt for the last week. … Read More
Posted by Donna Sorensen/jas2maui at 11:25 AM 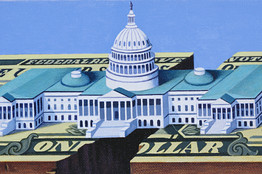 The upcoming battle over raising the debt limit is a microcosm of the fraud that government has become.

This Kabuki act is performed every time Federal debt approaches its legal limit. The stage play is always the same:

Politicians admit that spending is unsustainable and speak about cuts -- only in generalities and never specifics.

The party in power always argues how important it is to increase the debt ceiling.

The party out of power argues how doing so is irresponsible.

The demagogues in power then warn about world-ending damage if the debt limit is not raised.  Read More
Posted by Donna Sorensen/jas2maui at 10:29 AM 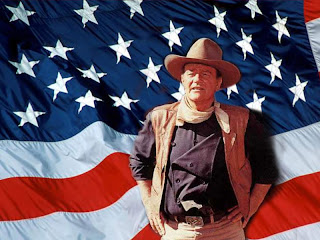 What happened to the rugged individualism that built America and sustained it through wars, depressions, and dark times? This individualism, made heroic by John Wayne, George Patton, and Ronald Reagan, wasn't afraid to stand up and say that something was nuttier than a Texas fruitcake. The mention of political correctness around those guys would get you an "are you serious?" look followed by an eye-narrowing, "somebody get a rope" look.

Now we've got a government that forces us to use detergents that won't clean, low-flow toilets that won't flush, pesticides and herbicides that don't kill, food with no taste, and light bulbs with bad light. They also want us to use unreliable and expensive energy such as solar, wind, and ethanol, while pretending that our vast coal, oil, and natural gas reserves don't really exist or are too dangerous for the environment. We're supposed to trust these idiots? "Green" has become a codeword for "useless" on product labels, warning consumers to look elsewhere if they need an effective product.

The first step in any 12-step program is to admit that you have a problem before you can continue on the path to recovery. In these politicians' egomaniacal and elitist minds, we are the ones unable to help ourselves, the ones who are dependent on their enlightened inspiration to lead us to safety.  Read More
Posted by Donna Sorensen/jas2maui at 10:20 AM 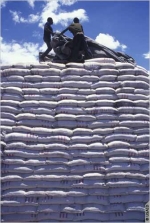 (NaturalNews) Economic failures, government corruption, banking system fraud -- these and many other factors have together contributed to the escalating turmoil that the world currently faces. The costs associated with everything from energy and fuel to food and health care have soared in recent years because of manipulation of the fiat monetary system, and actual shortages of resources. And according to reports, nervous governments are now starting to stockpile massive food stocks to offset what they believe is a coming wave of civil unrest over the continued rising costs of basic essentials.

Though not typically a course of action in the U.S., protests and even aggressive riots are rather common in many countries around the world, particularly those with blatantly authoritarian governments. When the noose gets a little bit too tight, the people of these nations often quickly push back and demand changes. The current situation in Egypt, for example, is a perfect illustration of what people are willing to do when they are pushed too far by their tyrannical overlords.

But the unrest is beginning to spread worldwide. As food prices continue to rise, and commodities traders warn about "panic buying" over fears of massive price increases, desperate populations are starting to take it to the streets, much like they did in 2008 when food prices skyrocketed (http://www.naturalnews.com/023277_r...). But it appears as though the world is headed for another, and this time possibly worse, food crisis in the very near future.  Read More
Posted by Donna Sorensen/jas2maui at 9:47 AM