STEPHEN MOORE: A FAIRNESS QUIZ for the PRESIDENT – WSJ 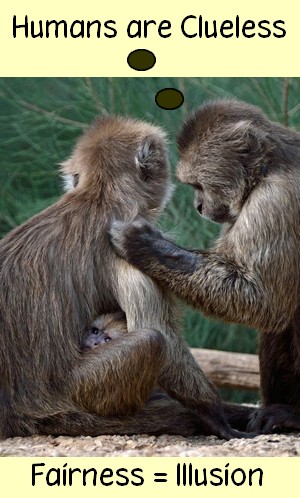 MUST READ:: STEPHEN MOORE: A FAIRNESS QUIZ for the PRESIDENT – WSJ

President Obama has frequently justified his policies—and judged their outcomes—in terms of equity, justice and fairness. That raises an obvious question: How does our existing system—and his own policy record—stack up according to those criteria?

Is it fair that the richest 1% of Americans pay nearly 40% of all federal income taxes, and the richest 10% pay two-thirds of the tax?

Is it fair that the richest 10% of Americans shoulder a higher share of their country’s income-tax burden than do the richest 10% in every other industrialized nation, including socialist Sweden?

Is it fair that American corporations pay the highest statutory corporate tax rate of all other industrialized nations but Japan, which cuts its rate on April 1?

Is it fair that President Obama sends his two daughters to elite private schools that are safer, better-run, and produce higher test scores than public schools in Washington, D.C.—but millions of other families across America are denied that free choice and forced to send their kids to rotten schools?

Is it fair that Americans who build a family business, hire workers, reinvest and save their money—paying a lifetime of federal, state and local taxes often climbing into the millions of dollars—must then pay an additional estate tax of 35% (and as much as 55% when the law changes next year) when they die, rather than passing that money onto their loved ones?

Is it fair that after the first three years of Obamanomics, the poor are poorer, the poverty rate is rising, the middle class is losing income, and some 5.5 million fewer Americans have jobs today than in 2007?

Is it fair that roughly 88% of political contributions from supposedly impartial network television reporters, producers and other employees in 2008 went to Democrats?

Is it fair that the three counties with America’s highest median family income just happen to be located in the Washington, D.C., metro area?

Is it fair that those who work full-time jobs (and sometimes more) to make ends meet have to pay taxes to support up to 99 weeks of unemployment benefits for those who don’t work?

Is it fair that those who took out responsible mortgages and pay them each month have to see their tax dollars used to subsidize those who acted recklessly, greedily and sometimes deceitfully in taking out mortgages they now can’t afford to repay?

Is it fair that thousands of workers won’t have jobs because the president sided with environmentalists and blocked the shovel-ready Keystone XL oil pipeline?

Is it fair that some of Mr. Obama’s largest campaign contributors received federal loan guarantees on their investments in renewable energy projects that went bust?

Is it fair that federal employees receive benefits that are nearly 50% higher than those of private-sector workers whose taxes pay their salaries, according to the Congressional Budget Office?

via Stephen Moore: A Fairness Quiz for the President – WSJ.com.
Posted by Donna Sorensen/jas2maui at 9:22 AM