"The paranoia that the DHS is trying to illicit goes far beyond the absurd, but this is what happens in all countries that devolve into tyranny." 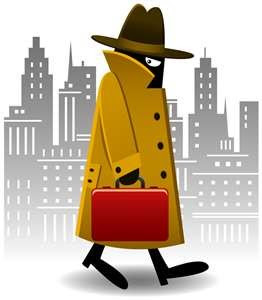 I think at this point it is fair to say that the name “Barack Obama” has become irrevocably synonymous with the phrase “Brownshirts”, and with very good reason. Riding the euphoric wave of a Prozac addled collectivist saturated puppy-love election season, the teleprompter dependent basketball playing android immediately launched several programs designed to centralize community organization using federal oversight. One of these initiatives, ‘The Universal Voluntary Public Service Program’, stood out as one of the most unabashedly fascist concepts to come out of any presidential administration since Franklin D. Roosevelt’s forced internment of innocent Japanese American’s. The idea of requiring citizens to “volunteer” for quasi-military or federal service and subsequent statist indoctrination didn’t play too well with the majority of the public, and has, for now, been abandoned.

The problem with governments with aspirations of totalitarianism, however, is that they never actually fully give up on any reach for power. Instead, they shelve one tactic and try out another, until the citizenry starts to nibble the bait.

To be fair, this behavior was going on long before Obama, and his particularly unhinged presidency is only an amalgamation of all those corrupt puppet politicians that came before him. Much of the police state apparatus we see being slowly inserted into our daily lives was constructed in stages. George W. Bush’s implementation of the Patriot Acts, the DHS, and the FISA Bill, for instance, gave Obama an easy framework of tyranny to build on. Whoever globalists deem suitable to replace Obama in 2012 or 2016 (if we even have the option of rigged elections by then), will certainly carry on where he left off (perhaps Rick Perry can have an insincere prayer circle with his Fusion Center hit squads before heading out to attend another Bilderberg conference). Read More

Posted by Donna Sorensen/jas2maui at 6:42 PM