The worst economic times that America has ever seen are ahead 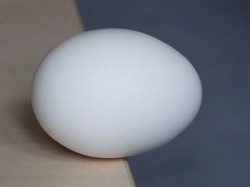 The global economy has become so incredibly unstable at this point that it is not going to take much to plunge the world into a horrific economic nightmare. The foundations of the world economic system are so decayed and so corrupted that even a stiff breeze could potentially topple the entire structure over. Over the past couple of months a constant parade of bad economic news has come streaming in from Europe, Asia and the United States. Signs of an impending economic slowdown are everywhere. So what "tipping point" will trigger the next global economic downturn? Nobody knows for sure, but potential tipping points are all around us.

Today, the global economic system is even more vulnerable than it was back in 2008. Virtually none of the systemic problems that contributed to the 2008 collapse have been fixed.

Mark Mobius, the head of the emerging markets desk at Templeton Asset Management, was recently was quoted in Forbes as saying the following....  Read More
Posted by Donna Sorensen/jas2maui at 4:44 PM

"Policy on biotech foods has shown signs of cracking"

Genetically modified foods have become so ubiquitous in the US that even the grocery store 'Whole Foods' now admits it cannot keep biotech foods off its shelves. A representative for the corporation acknowledged in May of 2011 that the realities of the marketplace have forced a shift in the company's previous no-GMO's policy.

Joe Dickson, quality standards coordinator for Whole Foods Markets, notes that GMO's dominate the market, especially for corn, soy and canola crops from which ingredients in most processed foods are derived. "Until there's federal government mandated labeling of GMO ingredients, there's no way to tell if packaged products contain GMO ingredients," Dickson said. "Our approach is to work in the spirit of partnership with our suppliers ... to encourage them to take active steps to avoid GMO ingredients."

In spite of public skepticism about GMO foods, the FDA has backed Monsanto and other corporations, declaring that modified foods do not require special labeling letting consumers know they are eating Frankenfoods. This is in contract to the European Union, where public concern over health issues resulted in a moratorium on GMO's. Many European countries, including France, Germany, Greece, Austria and Luxembourg have banned genetically modified foods, while other countries in the EU permit their sale only when products include clear labels of GMO ingredients.  Read More
Posted by Donna Sorensen/jas2maui at 3:19 PM

Elitists are deeply concerned about a “eurozone collapse”

A top Bilderberg member has revealed that globalists are panic-stricken about a potential eurozone crisis caused by a Greek debt default that could precipitate the collapse of the Euro and also derail the wider agenda for multi-regional currency unions and eventually a global currency system.

Appearing on the Alex Jones Show yesterday, veteran Bilderberg sleuth Jim Tucker said that the Euro will again be the subject of crisis talks at this years globalist confab in San Moritz, Switzerland, with power brokers desperate to rescue the single currency from a collapse that numerous financial analysts see on the horizon.

“They’re afraid of the Euro going down and afraid the Euro will simply disappear,” said Tucker, noting that several European countries’ intention to abandon nuclear power after the Fukushima disaster could cause a crisis for the single currency.  Read More
Posted by Donna Sorensen/jas2maui at 10:44 AM

WaPo fact checker: Obama’s auto-bailout speech “one of the most misleading collections of assertions” 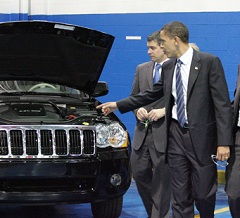 Specious accounting, overblown claims, and dishonest representations — sounds like a short description of Obamanomics, doesn’t it? As the Washington Post’s Glenn Kessler concludes, it also describes Barack Obama’s attempt to defend his policy on further intervention into the auto industry. Kessler rates his recent speech as a three-Pinocchio affair, thanks to a series of parsed claims at which Anthony Weiner can only marvel:
We take no view on whether the administration’s efforts on behalf of the automobile industry were a good or bad thing; that’s a matter for the editorial pages and eventually the historians. But we are interested in the facts the president cited to make his case.

What we found is one of the most misleading collections of assertions we have seen in a short presidential speech. Virtually every claim by the president regarding the auto industry needs an asterisk, just like the fine print in that too-good-to-be-true car loan.

Kessler actually finds one misleading statement for each of the three Pinocchios he awards Obama for the speech.   Read More
Posted by Donna Sorensen/jas2maui at 10:11 AM

Conservative Ann Coulter has just unveiled her latest book, and its title is as bold as its author.

It’s called “Demonic: How the Liberal Mob is Endangering America.” In it, ABC News says, “Coulter traces the words and movements of groups from the Ku Klux Klan and the SDS to anti-war protesters and Democrats today to argue her point that liberals have ‘consistently used mob tactics to implement their idea of the general will.’”

“Just as fire seeks oxygen, Democrats seek power, which is why they will always be found championing the mob whether the mob consists of Democrats lynching blacks or Democrats slandering the critics of Obama Care as racists,” she writes.

In an interview with ABC this morning, she called the book a “psychological profile of the left:"

Read More
Posted by Donna Sorensen/jas2maui at 10:01 AM

GBTV Is the Future’ 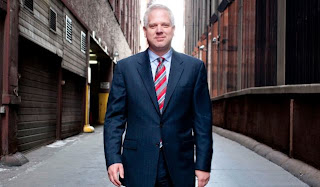 In a story first reported tonight by The New York Times, Glenn Beck, and his company Mercury Radio Arts, are proud to announce the creation of GBTV - a live streaming video network featuring Glenn’s new daily two-hour show and a wide range of original and licensed information and entertainment programming.

The network will be the new home for Glenn Beck and his daily show, which will be expanding to two hours and feature Glenn’s unique fusion of entertainment and enlightenment. Mercury’s own S.E. Cupp and Brian Sack will be contributors to the new show when it launches on September 12th.

For months, Glenn has been teasing a major announcement that would change the way you receive information and entertainment. “GBTV is the future,” said Glenn. “The confines of traditional media no longer apply. GBTV is about getting active in the community, participating in stories, and finding new ways to deliver news, information and entertainment directly to the audience.”  Read More
Posted by Donna Sorensen/jas2maui at 9:53 AM