The President Who Wasn't There

"Obama" is the little man who wasn't there. 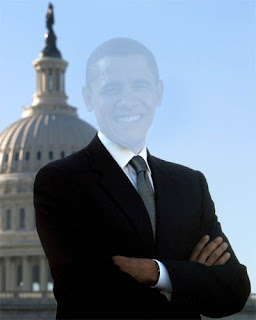 We have a president named "Obama." If you believe your media -- (hah!) -- he is a kind of Űbermensch, a more-than-human giant intellect. Or, as one addled dork said two years ago, Obama must be A Light Bringer. That's why the Norwegian Nobel Prize committee got the hots for him so bad that they had to give him the big prize before he did anything. Like Algore's Peace Prize, it was awarded for postmodern (Po-Mo) -- that is, completely fictional -- good intentions. No actual achievements were wanted or needed. Read More
Posted by Donna Sorensen/jas2maui at 10:17 AM