Posted by Donna Sorensen/jas2maui at 7:27 PM

Mark Steyn: Witness the ‘Unraveling of the American Middle East’

THE SUPERPOWER AS SPECTATOR 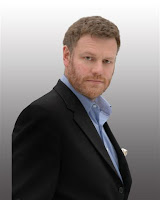 Steyn on the World
Friday, 11 February 2011
If you missed my TV and radio appearances this week, here's a recap of my thoughts on Egypt:

This is not a happy ending but the beginning of something potentially very dark. The end of the Mubarak regime is the biggest shift in the region in 60 years, since Nasser overthrew King Farouk's dissolute monarchy and diminished London's influence in Cairo. We are witnessing the unraveling of the American Middle East - that's to say, of the regimes supported by Washington in the waning of British and French imperial power after the Second World War. The American Middle East was an unlovely place, and perhaps the most obviously repellent illustration of the limitations of "He may be an SOB but he's our SOB" thinking. It's "our" SOBs who are in trouble: After the fall of Mubarak, what remains to hold up the Hashemites in Amman? Jordan's Muslim Brotherhood is more radical than Egypt's, the regime is less ruthless, King Abdullah's Arabic is worse than his English, and pretty westernized Queen Rania, who seems so cute when CNN interviewers are fawning all over her, is openly despised outside the palace gates.

Iran is nuclearizing, Turkey is Islamizing, Egypt is ...what exactly? Well, we'll find out. But, given that only the army and/or the Muslim Brotherhood are sufficiently organized to govern the nation, the notion that we're witnessing the youthful buds of any meaningful democracy is deluded. So who'll come out on top? The generals or the Brothers? Given that the Brotherhood got played for suckers by the army in the revolution of '52, I doubt they'll be so foolish as to make the same mistake again - and the hopeychangey "democracy movement" provides the most useful cover in generations. Meanwhile, James Clapper, the worthless buffoon who serves as the hyperpower's Director of "Intelligence", goes before Congress to tell the world that the Muslim Brotherhood is a "secular" organization. Americans ought to take to the streets to demand Clapper vacate whatever presidential palace in DC he's holed up in.

Amidst all this flowering of democracy, you'll notice that it's only the pro-American dictatorships on the ropes: In Libya and Syria, Gaddafy and Assad sleep soundly in their beds. On the other hand, if you were either of the two King Abdullahs, in Jordan or Saudi Arabia, and you looked at the Obama Administration's very public abandonment of their Cairo strongman, what would you conclude about the value of being an American ally? For the last three weeks, the superpower has sent the consistent message to the world that (as Bernard Lewis feared some years ago) America is harmless as an enemy and treacherous as a friend.
Posted by Donna Sorensen/jas2maui at 1:28 PM

John Bolton gave the best speech today in my opinion thus far. It was all foreign policy starting with Egypt and ending with China. There are so many memorable lines that I can’t write them all, but a couple that stick out in my mind are:

We do not accept an America president that is week indecisive and apologetic about our country!

To Watch Full Speech
Posted by Donna Sorensen/jas2maui at 12:09 PM

The Reality Of A Green World

"The idea of ownership of private property is inconceivable to the natural world, say the environmentalists."

After fighting the radical environmental movement for more than 20 years, I have come to one basic conclusion: the people who understand and care for the environment the least are environmentalists. My experience has shown that the leaders of this once-popular and still powerful force simply use the environment as an excuse to impose a radical, socialist agenda. Meanwhile, the faithful rank and file of the movement believe anything if it is attached to the label “green,” rarely questioning if the statement is true or not.

For example, it is an accepted fact in environmental circles that man is not part of the ecology, only its destroyer. Say the Greens, man’s every action results in damage to the environment and to the plants and animals which are forced to co-exist with him.

Based on that premise, the entire economy of the United States has been transformed to reduce man’s earthbound “footprint,” as human civilization recedes back to that of cave dwellers freezing in the dark. The result is not only a new dark ages for the community of man, but also for the environment.  Read More
Posted by Donna Sorensen/jas2maui at 11:17 AM

De-Fund the Predators of Planned Parenthood 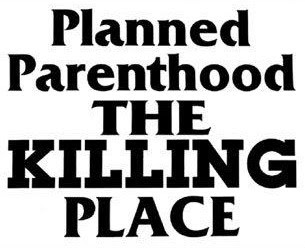 Thanks to the persistent investigative work of young pro-life journalists, Planned Parenthood's ruthless, money-grubbing colors are on full, fresh YouTube display. But as shocking as the illicit new videos from Live Action Films are, the routine, parental authority-sabotaging advice the taxpayer-funded abortion racket gives teens every day deserves more front-page headline news, too.

Abortion activists first attacked the videos as "doctored," then claimed they had already taken steps to rectify problems at the targeted clinics, then fired a worker (SET ITAL) after (END ITAL) the tapes had been released and finally denied any systemic failures while patting Planned Parenthood on the back for ordering new re-training measures for their employees this week.

Those who dismiss the scandal as an anomaly are in denial or abjectly ignorant.  Read More
Posted by Donna Sorensen/jas2maui at 11:10 AM

Reelection Slogan for Obama & Co: We Bring Down Governments?

The Obama regime is now the unsurpassed and most bizarre combination of outward stupidity and hidden (by the media and others) pure evil intent ever to rule over the citizens of the United States of America. Starting with the stupidity factor–perhaps just to throw us off–Obama’s Director of National Intelligence (Intelligence? Really?) James Clapper has again placed his foot in it and this time, it was both feet. Note: In December 2010, Clapper told ABC’s Diane Sawyer that he wasn’t aware of the UK terrorist arrests; arrests that had been all over the network and cable news channels.

Then, on Thursday 10 February 2011, The House Permanent Select Committee on Intelligence interviewed Clapper, asked him about the current chaotic situation in Egypt and then about the Muslim Brotherhood that is attempting to seize power of the Egyptian government. Seemingly clueless–yet again–Clapper said this about the Brotherhood: “The term ‘Muslim Brotherhood’ is an umbrella term for a variety of movements, in the case of Egypt, a very heterogeneous group, largely secular, which has eschewed violence and has decried Al Qaeda as a perversion of Islam.” First and foremost, the Muslim Brotherhood is not and never has been secular–hence the name ‘Muslim’ (and not “Secular”) Brotherhood. The MB is considered by every viable expert on terrorism and the Middle East to be the Mother of all Islamic terrorist organizations. Far from eschewing violence–let alone condemning Al Qaeda–the Muslim Brotherhood has as some of its progeny Al Qaeda, Hamas, the radical Muslim Students Organization and Islamic Society of North America and the unindicted 9/11 co-conspirator CAIR.  Read More
Posted by Donna Sorensen/jas2maui at 10:51 AM

UN Agenda 21 is the ultimate, fatal level of governmental interference with the Private Sector, which happens to be the sector where money is made. The same collective Marxist lies, pseudo-science, falsified data, and urgent artificial crises are used by both the globalist UN bureaucrats and the Obama Marxist-Democratic Congress.

Both seek the destruction of United States sovereignty, the US Constitution, the economy, the US Dollar, and the freedom of the American People. Both have, in effect, declared war on our country and our people. For now there is still a velvet glove hiding the Iron Hand.  Read More
Posted by Donna Sorensen/jas2maui at 10:24 AM