In ancient times, the dictators/emperors ruled by proclamation. If they spoke it – it was made to happen. That is not supposed to happen in a republic, especially a democratic constitutional republic like the United States. But it is about to happen in the US. In fact, it has already begun. 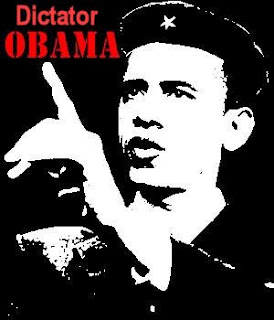 Recently Charles Krauthammer said: “For an Obama bureaucrat … the will of the Congress is a mere speed bump.”

Recently, Americans received a Christmas present from the Obama Regime. The “Death Panels,” which had been stripped from Obamacare because even the dems knew there was no way they would get even their own pols to vote for Obamacare with the death panels a part of it, were made a part of US law by regulation.

Another proclamation/regulation came in late December from the Interior Department. They gave themselves the authority to designate public lands as “wild lands.” By doing so, they can restrict exploration for oil on those lands even though America is in dire need of more domestic sources of oil.

Oh, and the beloved Environmental Protection Agency, again in late December, announced it would draw up anti-carbon regulations on oil refineries and power plants in 2011.

Congress passed none of these new laws. None of them!  Read More
Posted by Donna Sorensen/jas2maui at 7:41 AM