Trouble in River City...Big Brother is Taking Over...God Will Show The Way

Posted by Donna Sorensen/jas2maui at 10:58 AM 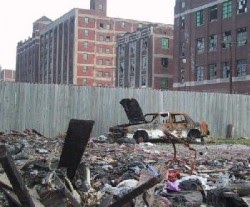 For years, people have been laughing at the horrific economic decline of Detroit.  Well, guess what?  The same thing that happened to Detroit is now happening to dozens of other communities across the United States.  From coast to coast there are formerly great manufacturing cities that have turned into rotting, post-industrial war zones.  In particular, in America's "rust belt" you can drive through town after town after town that resemble little more than post-apocalyptic wastelands.  In many U.S. cities, the "real" rate of unemployment is over 30 percent.  There are some communities that will start depressing you almost the moment you drive into them.  It is almost as if all of the hope has been sucked right out of those communities. (Read More.....)
Posted by Donna Sorensen/jas2maui at 9:30 AM

Despite the Democratic Party's 2010 election "shellacking," President Obama recently asserted that the election had nothing to do with ideology. He said, "It would be unwise to assume [that American voters] prefer one way of thinking over another." This attitude is consistent with the president's previous actions and statements. He still doesn't understand that the public is outraged at what Victor Davis Hanson, in National Review, called his "EU-socialist agenda." The people's anger stems from Obama's so-called solutions, radical political appointees, and his health care reform program that threatens to bankrupt the nation, not -- as he famously contends -- from him not delivering "change" as fast as he promised. In fact, Obama views the election primarily as a message to Republicans to be more bipartisan and cooperative; to date, he has never acknowledged that voters repudiated his policies and the direction in which he wants to take the country.  Read More
Posted by Donna Sorensen/jas2maui at 8:40 AM