Levin explains gravity of what Obama is destroying 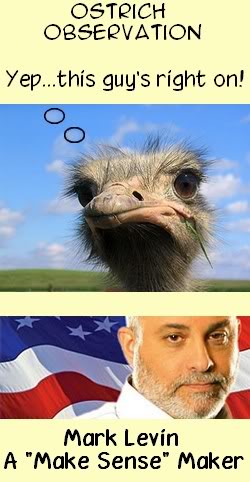 Levin took a moment to reflect on the gravity of what the Obama administration is trying to destroy, the uniqueness of America and why exactly it is so exceptional:

To Listen
Posted by Donna Sorensen/jas2maui at 9:15 PM

Bill Whittle in part one his new Firewall segment, The Enigma: Strange Bedfellows, dove deep into Obama’s past in an attempt to understand his character. Because as he puts it, “policies are actaully secondary. It’s character that really counts.”

We’re told Barack Obama’s history and character are somehow off-limits. But personal history makes character, and the character of the President of the United States is something we have a right to be interested in.

In Part 1 of this meticulously researched and and sourced series, Bill examines both the Dunhams and the Obamas — each steeped in Marxism and anti-Americanism and each a long, long way away from mainstream American culture.

Bill Whittle uncovers significant parts of Obama’s history that I’ve never heard before and this is only part one!

Posted by Donna Sorensen/jas2maui at 9:42 AM 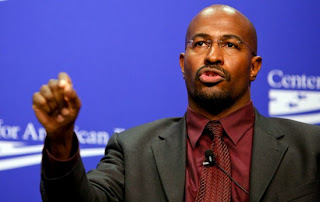 (Fox News) — Van Jones, the Obama administration’s controversial former “green jobs czar,” has found a new calling: helping to push for a new, global architecture of environmental law that would give Mother Nature the same rights status as humans.

The new movement is almost certain to be showcased at a U.N.-sponsored global summit on “sustainable development” to take place in Rio de Janeiro in May 2012, when similar issues of “global environmental governance” are a major focus of attention.

Jones is taking up the challenge as one of the newest board members of an obscure San Francisco New Age-style organization known as the Pachamama Alliance, which has been creating a global movement to make human rights for Mother Nature an international reality — complete with enforceable laws — by 2014. The Rio summit will create an important midpoint for that campaign.

Jones joined the alliance’s board last December, shortly after the organization announced creation of the Global Alliance for the Rights of Nature to carry the concept around the world—and install it not only in international law but in the statutes of communities and municipalities across the U.S.

He resigned from the administration in September 2009 after making public apologies for some of his past actions, including the signing of a 2004 petition that questioned whether the Bush administration had deliberately allowed the Sept. 11, 2001, terrorist attacks to happen, and his previous affiliation with a self-described communist organization, the Standing Together to Organize a Revolutionary Movement (STORM).  Read More
Posted by Donna Sorensen/jas2maui at 9:29 AM