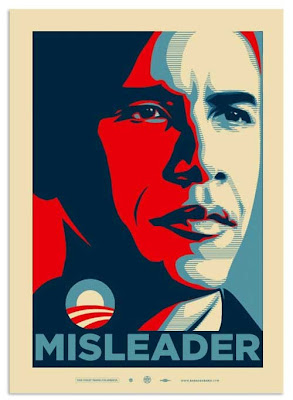 Let’s take an honest look at what Obama is doing to black Americans and his own most loyal supporters. It is, in a word…unimaginable.

It all starts with Syria. Why Syria? Why now? Until Russia interceded, going to war in Syria seemed the most important thing in the world to Obama and his Secretary of State John Kerry. They seemed DESPERATE to go to war, at any costs.
The Big Cover Up Why Obama Really Wants to Go to War in Syria

But why? Syria has nothing to do with us. They are not threatening us. Their own war is a civil war with no “good guys.” How does America benefit from a war with Syria? Why did Obama suddenly decide a “red line” has been crossed, when there are “red lines” all over the world- including the killing of Christians and the burning of 71 Christian churches in Egypt. Why is it so important to risk American lives to defend the Syrian rebels- who are partners with Al Qaeda, America’s sworn enemy? We didn’t go to war to avenge the murder of our own citizens at Benghazi, so why would we go to war to avenge Al Qaeda deaths in Syria? None of this makes any sense at all.

Until you realize it’s a massive cover-up. Obama’s WMD- Weapon of Mass Distraction. Obama is desperate to cover-up the facts about his dying economy and the damage he’s done to his own most loyal voters. Obama has destroyed the lives of the very people who consider him “the American Idol.”How bad is Obama’s economy? Forget the 7.3 percent unemployment rate that is reported by the government. That’s pure fraud and propaganda. That figure goes down only because hundreds of thousands of Americans drop out of the workforce. In other words, if you stop looking for work, and go on food stamps and welfare, Obama says the unemployment number just got better!

The only truth about unemployment is found in the Labor Force Participation Rate of 63 percent. That’s the lowest in four decades. For men it’s the lowest since record-keeping began in the 1940’s. What this means is 37 percent of the able-bodied, working age adults in America are not only not working, they’ve given up looking for work.

Even worse, a unimaginable percentage of those who are employed have only part-time jobs. Seventy-seven percent of the new jobs created since January 1st are part-time jobs. That’s not good folks. Studies show 1-in-4 part-time workers live in poverty, while only 1-in-20 full-time workers live in poverty. So millions of Americans under Obama who show up as “employed” are merely working their way towards poverty. And millions of others who have full-time jobs are working at McDonalds, or working as waiters, or bartenders, or janitors. Those are the only jobs left under Obama. The middle class is being slaughtered.

Here are the two most ironic points about this slow-motion train wreck called the Obama economy:

Obamacare is the number one culprit destroying real jobs. Business owners are done. No smart business owner in all of America will lift a finger to create a full-time, high-paying job with benefits. It just makes no economic sense anymore. So Obama’s signature achievement has not only created a part-time economy, but all those people in part-time jobs don’t have health insurance. This should be a Saturday Night Live skit. The man has created nationalized health care so that everyone loses their jobs and no one has health care. Insanity. Unless your goal is to create an entire nation of Americans living in poverty, dependent on government welfare.

Secondly, here’s the really sad, tragic, and ironic fact of the Obama economy. Obama hurts the ones he loves. Obama’s policies are destroying the very people who elected and believed in him. It’s almost as if Obama is out to destroy his own voters. Let’s take a look at who is suffering the most from this Obama Great Depression.

Obama won the 2012 election with a razor thin 51 percent of the vote. His biggest supporters were blacks (93 percent voted for Obama), Hispanics (71 percent), single women (67 percent), young people (60 percent), and those without a high school diploma (64 percent). This is the loyal foundation of Barack Hussein Obama. This is who made him President, without a single qualification, except being a community organizer.

The black middle class is being destroyed. Black homeownership has slipped to the lowest level in decades.

But perhaps the worst statistic of all is the unemployment plus under-employment rate for college graduates under age 25: 18.3 percent. That means new college graduates (also big supporters of Obama) not only can’t find a decent full-time job in the Obama economy, at the same time they are saddled with the highest student debt in history. That could be why we have the highest student loan default rates in history.

So what does a President, who couldn’t find a job if it hit him in the head, do to keep the masses of his own voters from revolting and rioting in the streets? Go to war.

Create a distraction. Make people look away from the scene of the tragedy. Create a “situation” that induces patriotism. Make the masses rally around the President. And if that “situation” happens to help unemployment by sending unemployed young people and minorities off to war, BINGO- you’ve just hit the lottery!

That is the answer to the questions “Why Syria? Why now? How does this benefit America?” Obama’s war is a desperate attempt to keep his own most loyal supporters from noticing that his policies have ruined their lives and set their economic progress back decades. His policies have sent black Americans in particular hurtling back to the days of poverty and racial inequality.

Obama is desperate to keep his own voters from noticing he is the worst thing to happen to them in their lifetimes. His socialist policies don’t solve poverty, they cause poverty. And it’s no surprise. Socialism, income redistribution, big taxes, big spending, big unions, and big government have caused poverty in every nation they’ve ever been tried.

History will not look kindly on Barack Hussein Obama. Trust me, this death spiral has only just begun.
Posted by Donna Sorensen/jas2maui at 10:09 AM