Soros launches investment fund to profit off of "green energy" 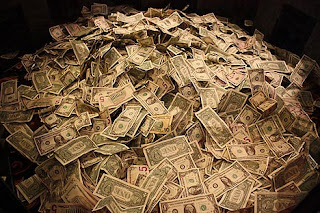 George Soros -- whom we're always told is not serving his own economic interests at all by promoting liberal politicians and big-government policies -- is launching a new investment fund that plans to profit off of the "green energy" boom, which is entirely dependent on government subsidies supported by the groups Soros funds.

As the press release puts it, this fund will "leverage technology and business model innovation to improve energy efficiency, reduce waste and emissions, harness renewable energy, and more efficiently use natural resources, among other applications." As Soros puts it in the same release: “Developing alternative sources of energy and achieving greater energy efficiency is both a significant global investment opportunity and an environmental imperative.” Cadie Thompson at CNBC's NetNet flagged this.

So, yeah. The big-government policies advanced by the liberal outfits he funds -- like Center for American Progress -- will enrich the companies in which Soros is investing.

But this story gets better.

The press release casually mentions whom Soros is hiring to run this new fund: Cathy Zoi. As Cadie Thompson at CNBC's NetNet (edited by my brother John Carney), puts it,

"Whatever impact our encounter might have had on him, I know something about what Barack Obama believed in 1980. At that time, the future president was a doctrinaire Marxist revolutionary, although perhaps -- for the first time -- considering conventional politics as a more practical road to socialism. Knowing this, I think I have a responsibility to place on the public record my account of this incident from our president's past." 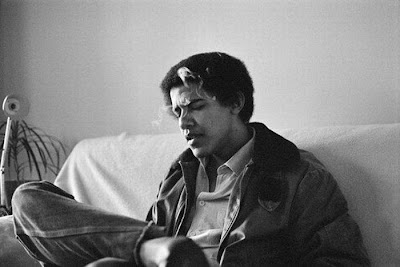 My first meeting with young Barack Obama raised strong feelings and left me with a positive first impression. At the time, I felt I'd persuaded a young man anticipating a Marxist-Leninist revolution to appreciate the more practical alternative of conventional politics as a channel for his socialist views.

I met Obama in December of 1980, a couple of days after Christmas, in Portola Valley -- a small town near Stanford University in Palo Alto, CA. I was a 23 year old second-year graduate student in Cornell's Government Department, and had flown to California to visit a 21 year old girlfriend, Caroline Boss. Boss was a senior at Occidental College, where she had taken a class in the fall of 1980 with political theorist Roger Boesche. She met and befriended Obama in that class.  Read More
Posted by Donna Sorensen/jas2maui at 11:47 AM

Middle East Chaos: What To Learn And What To Expect


"Are we witnessing the democratization of the cradle of civilization, or something else entirely?" 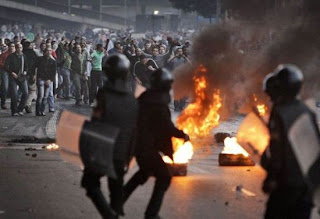 There are many different kinds of revolution; some more effective than others. Telling the difference between a successful revolution and a failed revolution can be tricky. Often, on the surface, they look exactly the same. The secret is to set aside what we would “like” to see, and be brutally honest about what was actually accomplished in the course of the dissenting action. Has power been fully rescinded by the offending government or regime to the people, or, to yet another corrupt bureaucracy with a slightly different face? Have the puppet strings of corporate globalists been severed from your country, or do they remain strong as ever? Has ANY corrupt official actually been punished for the crimes that led to the insurgency in the first place, or, did they fly off scot-free to their million dollar villas in Ecuador, drinking mojitos in wicker recliners and watching the disaster they created unfold on CNN? Who ultimately benefited from the event?

Today, the entire Middle East is on the verge of complete destabilization and possibly civil war. Tunisia, Egypt, Libya, Bahrain, Yemen, and other nations are experiencing a shockwave of unrest not seen since the 1970’s. Western media sources are calling it a “people’s revolt”, one which the Obama administration is heartily embracing like an old relative. But are we witnessing the democratization of the cradle of civilization, or something else entirely? How will we be affected by this tide of confusion? Instead of falling into panic and fear over the growing chaos, what can discerning Americans learn from a social implosion on the other side of the world that will help us to survive a similar occurrence here? Let’s examine some of the distinct moments that have characterized the Middle East debacle, the underlying and corrupt influences that surround them, as well as certain historical facts of the region that globalist engineers would rather we forget…  Read More
Posted by Donna Sorensen/jas2maui at 10:32 AM

“Corruption had been built into the labor movement from its very inception.” 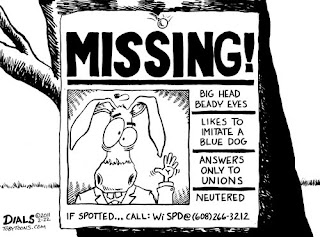 Growing up in New Jersey and having been a journalist here, my memory of news about unions in the Garden and Empire States is that of headlines concerning the indictment and sentencing of various union chiefs and their underlings.

The alignment between unions and the Mafia is so well known it has been the subject of movies such as On the Waterfront, The Godfather, Goodfellas, and Casino. To this day the rumor persists that Jimmy Hoffa is buried somewhere between the goalposts of Giants stadium in the Meadowlands.

As events unfold in the very progressive capital of Wisconsin, Madison, the public is being treated to the way unions have very nearly always functioned. Intimidation has been their stock in trade with campaign contributions running a close second. We are watching an epic battle between Wisconsin voters and entrenched, self-serving unions.  Read More
Posted by Donna Sorensen/jas2maui at 10:20 AM