"Not even being a left-wing ideologue will serve as an excuse to vote for this arrogant prevaricator next time around:"

Posted by Donna Sorensen/jas2maui at 12:09 PM

Brother, Can You Spare a Trillion? 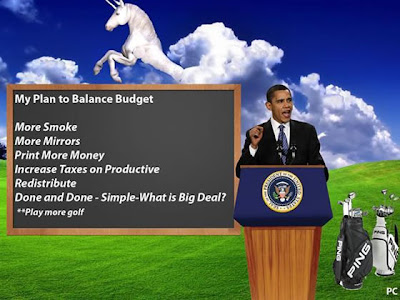 Here's why a government that wished this country well would live within its means:

Just as the malefactors running the federal government live on borrowed money, we are living on borrowed time. Even if we immediately put them in prison where they belong, the total collapse of our economy and our way of life under the weight of this debt is probably inevitable. With every day we allow them to rule us it grows more certain.
Posted by Donna Sorensen/jas2maui at 12:02 PM

Beck Guest: ‘The Day America Turns Its Back on Israel, God Will Turn His Back on America’

"Pastor John Hagee joined Glenn to discuss why it is so important for the U.S. to stand by Israel, as it’s the only democracy in the Middle East"

Posted by Donna Sorensen/jas2maui at 10:44 AM 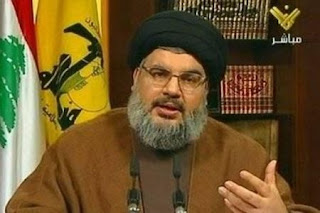 Hezbollah’s leader told his Shiite guerrilla group Wednesday to be prepared to invade northern Israel, a day after Israel’s defense minister warned that the quiet along the tense border could erupt into violence.

The comments by the two sides illustrate the fragile situation along the frontier since they Israel and Hezbollah fought a bitter, six-week war in the summer of 2006. The war ended in a U.N.-brokered truce but officials on both sides of the border believe it is only a matter of time before hostilities resume.

“I tell the holy warriors of the Islamic Resistance to be ready for a day when, if war is imposed on us, your command might ask you to control the Galilee area,” Hezbollah leader Sheik Hassan Nasrallah said in a televised speech Wednesday. The Galilee refers to land in northern Israel.

On Tuesday, Israeli Defense Minister Ehud Barak toured the Israeli military’s northern command and told soldiers there that the quiet along the frontier might not last.

Just last month it was reported that several members of the Obama Administration are ready to endorse dialogue with the Hezbollah terror group.
Posted by Donna Sorensen/jas2maui at 10:40 AM

Senator Charles Grassley (R-IA) has damning evidence that US ATF officials sanctioned or allowed the sale of assault weapons to straw purchasers. The agency was doing this on purpose. The government encouraged this. Two of the weapons ended up at the murder scene of a US border patrol agent in Arizona, Brian Terry. Obama says he and Holder knew nothing about Operation Gunrunner.

Senator Grassley spoke out on his investigation yesterday on the floor of the senate.
This is an amazing video.

Between 13 and 1,700 guns got away and that’s just what has turned up so far. Several of the guns have been connected to criminal acts. Obama’s failed stimulus plan helped fund the program.

The Washington Examiner reported:  Read More
Posted by Donna Sorensen/jas2maui at 10:35 AM

"The President of the United States launched his political career from this man’s living room."

Posted by Donna Sorensen/jas2maui at 10:29 AM