May 2, 2013
washingtonpost.com
By Charles Krauthammer

Fate is fickle, power cyclical, and nothing is new under the sun. Especially in Washington, where after every election the losing party is sagely instructed to confess sin, rend garments and rethink its principles lest it go the way of the Whigs. And where the victor is hailed as the new Caesar, facing an open road to domination.

And where Barack Obama, already naturally inclined to believe his own loftiness, graciously accepted the kingly crown and proceeded to ride his reelection success to a crushing victory over the GOP at the fiscal cliff, leaving a humiliated John Boehner & Co. with nothing but naked tax hikes.

Thus emboldened, Obama turned his inaugural and State of the Union addresses into a left-wing dream factory, from his declaration of war on global warming (on a planet where temperatures are the same as 16 years ago and in a country whose CO2 emissions are at a 20-year low) to the invention of new entitlements — e.g., universal preschool for 5-year-olds— for a country already drowning in debt.

To realize his dreams, Obama sought to fracture and neutralize the congressional GOP as a prelude to reclaiming the House in 2014. This would enable him to fully enact his agenda in the final two years of his presidency, usually a time of lame-duck paralysis. Hail the Obama juggernaut.

Posted by Donna Sorensen/jas2maui at 8:41 PM

Supreme Court Justice Clarence Thomas: Obama “Approved By The Elites” Because He Says What They “Expect From A Black Person"

"So true, that’s why the left is so freaked out by people like Allen West, Clarence Thomas and Dr. Ben Carson."

Q: Did you ever expect to see an African American president during your lifetime?

THOMAS: Oh yeah, I guess I’ve always thought there would be black coaches, heads of universities — maybe again as I said I’m naïve but the thing I always knew is that it would have to be a black president who was approved by the elites and the media because anybody that they didn’t agree with, they would take apart. And that will happen with virtually — you pick your person, any black person who says something that is not the prescribed things that they expect from a black person will be picked apart. You can pick anybody, don’t pick me, pick anyone who has decided not to go along with it; there’s a price to pay. So, I always assumed it would be somebody the media had to agree with.

Q: Have you ever met President Obama, have you had a chance to speak with him?

THOMAS: No. Well, in passing more he had the chance to visit the court, it’s not like…I don’t do a lot of Washington and I’m not into politics, so I mean there’s not that many occasion. I shook hands with him at the inauguration to be polite but I’ve had no in depth conversation.
Posted by Donna Sorensen/jas2maui at 10:29 AM

Free speech is in for a rough ride 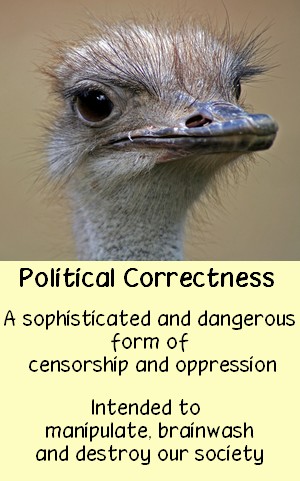 The President of the United States comes out in favor of gay marriage. An NBA journeyman player announces that he is gay. The media hails this as a triumphal event. The President of the United States calls the player to congratulate him on his "courage." Some even call this a "Jackie Robinson" moment. What is this all about? Warning: It is about a lot more than people being free to be themselves and it is going to impact every single one of us.

The whole "gay marriage," and "gay athlete" progression is entirely about turning the tables on traditional values and especially Christian belief. This movement, which claims historic prejudice against homosexuality, is now all about prejudice against those who disagree, visited upon people who uphold the traditional view of marriage and sexuality. Those who formerly and even now claim persecution and their allies in government and media have become the persecutors. Privately, people of traditional faith will still be able to hold to their convictions, but what the purveyors of public morality are after is a total ban on all public dissent from the gay agenda.

It took precisely one day for this to occur after NBA player Jason Collins came out as gay. Chris Broussard, who covers the NBA for ESPN, speaking on ESPN's Outside the Lines, said "I don't agree with homosexuality." Broussard also said people engaging in "premarital sex or adultery" were "walking in open rebellion to God and Jesus Christ. I think it's a sin, as I think all sex outside of marriage between a man and a woman is," Broussard said. ESPN later expressed regret about Broussard's comments calling them a "distraction." Distraction from what? A distraction from the one-sided narrative that proclaims any pro-gay revelation as the essence of progress and enlightenment. You see the trend here. Gay person comes out. Media and presidents praise. Any alternative view doesn't fit the culturally imposed proper conclusion. Make no mistake. Free speech is in for a rough ride.

But pay attention as this trend emerges. The promise of "progressive views" is not just the disingenuous claim about "freedom to love." It is also the license to suppress and dominate institutions, individuals and the very common language we share. Before long, every public institution in America will enforce one view on these matters. No other view will be tolerated. The irony is that they will claim "diversity" as their motive. But when the traditional view slips out, it will be lambasted back into the bushes where they believe it belongs.

Posted by Donna Sorensen/jas2maui at 10:20 AM 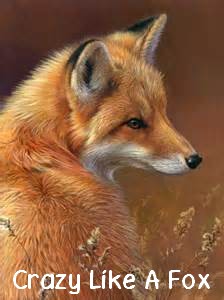 May 2, 2013
americanthinker.com
By Thomas Lifson

For the moment only Fox and conservative media are covering the revelations of a Benghazi whistleblower, limiting knowledge of the disturbing revelations to perhaps a third of the public, if that. The vast pool of low information voters will never know that there is anything to be concerned about regarding the slaughter of four Americans and the apparent lies and cover-up that has followed from Obama administration.

And neither will the medium information voters who get their news solely from MSM outlets, those which generally follow the lead of the New York Times in deciding what is and isn't a news story. The MSM are erecting a cofferdam around the whistleblower revelations which cast doubt on official testimony. But can such a barrier survive the promised House hearings?

Attorney Victoria Toensing is attempting to gain legal shielding for her four whistleblower clients and running into difficulty, an issue reported on Fox News the day before, which President Obama claimed to be unaware of in his last presser. Never shy about speaking out, Toensing should not be underestimated. A former client of hers told me she is "tough as they come," and that squares with my impression of her too. And her husband and legal partner Joseph DeGenova is no slouch either. Read More