Is Obama a Serial Liar?

"Obama and his administration are masters in getting Americans to think with their hearts instead of their brains. After all, emotions are easier to manipulate than facts."

Accusing someone of lying is a serious matter. Especially when that someone is the President of the United States. Charges of that nature should be leveled based only on absolute proof of a deliberate statement, intentionally made, whose sole purpose is to deceive. Based on this criterion, President Obama is a liar. Demonstrably so. And a disturbing pattern is emerging that allows for the possibility that our president is a serial liar. Consider:

In just the last month, Obama has made several statements that are just not so. Statements made to the American public that were in direct conflict with known facts.  Read More
Posted by Donna Sorensen/jas2maui at 10:18 PM

"But as analysts pointed out, the newly revealed fact that there was no fire fight begs the question about where the “fog” may have come from. And even more importantly: Why, in the absence of a fire fight, would U.S. forces put a bullet through the brain supposedly containing the most valuable intelligence on the planet?"

While the establishment media was busy parroting President Obama’s announcement of Osama bin Laden’s supposed assassination, reporting the unsubstantiated claims as if they were unquestionable facts, much of the so-called “alternative” press was far more cautious — and accurate, it turns out. But more importantly, with the new official storyline indicating that bin Laden was in fact unarmed, bigger and much more important questions are beginning to emerge.

In terms of coverage, it turns out that the skeptical approach proved far superior in terms of getting it right. Countless mainstream sources were so confident in Obama’s word that they reported many of the claims as fact without even attributing them to the President.

But the official White House narrative has been changed so many times in recent days that now it’s almost unrecognizable. There wasn‘t even a fire fight; yet this was one of the crucial elements of the original story that justified the assassination of a person the government painted as the most valuable source of information on the planet — the leader of al-Qaeda. And in reporting the statements as fact, the establishment press has officially been left with egg all over its face again.  Read More
Posted by Donna Sorensen/jas2maui at 10:11 PM

Americans preparing like never before - are you ready for the unexpected?

"Such preparations are reportedly being made all over the country. But why now? What has changed?" 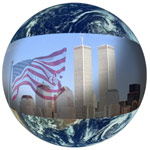 Hurricane Katrina. Hurricane Gustav. The recent tornadoes throughout the south. Flooding in Missouri. The devastating fallout from a major earthquake along the New Madrid fault line. The devaluation of the U.S. dollar. Hyperinflation. Civil unrest.

All of these are disasters that have happened or are waiting to happen, and each one brings with it unique circumstances. But there a few common threads interwoven through all of them. One of the most important of those is the issue of personal preparedness.

All over the country an increasing number of people seem to have gotten the message that in worst-case scenarios, government - local, state or federal - may not be there to help. In Colorado, for example, residents are stocking up on extra food, water, weapons and ammunition - even scrap silver and reserve stocks of gasoline. Some people are even preparing secondary shelters and bunkers.

"It's becoming apparent to many Americans that depending on our local, state and federal governments in the event of an emergency, catastrophic societal collapse or widespread disaster will not be sufficient to meet the needs of your family," writes Mac Slavo of the prepper Web site SHTFPlan.com.  Read More
Posted by Donna Sorensen/jas2maui at 10:02 PM

Why democracy is failing America

"A President who tells the truth and says we have to cut government by 80% to balance the budget is simply not electable."

Democracy is the worst form of government, Sir Winston Churchill once said... except for every other form of government. In other words, all forms of government are atrociously bad, and democracy may merely be the least bad of the bunch. I certainly wouldn't want to live under a dictatorship, socialism or communism. So I like the idea of democracy, and I wish it would work better for America. But it isn't working. That much is clear. Democracy is failing America, and we can't just blame it on the politicians and the corporations. People actually vote for their own self-destruction by electing professional liars to represent them.

That's where this article begins.

Why democracy isn't working for America

At its core, the democratic process of electing representatives is a popularity contest. The voters inevitably end up supporting whichever lawmakers offer the best handouts right now, regardless of the long-term consequences to the nation. Voting, in other words, is a contest based on short-term rewards rather than long-term vision. Not surprisingly, when the voters go to the polls, they tend to elect the person who promises them the most right now.  Read More
Posted by Donna Sorensen/jas2maui at 9:58 PM