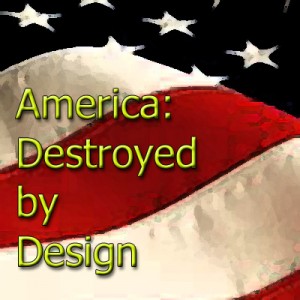 "So, how many times do globalists and their various organizations have to call openly for an end to the dollar and the institution of a global currency controlled by an unaccountable governing body before people finally realize that our monetary system is being hyperinflated and destroyed by design? How long have I personally been warning about this development? At least four years on the web. Longer in my personal discussions with friends. Really, how much more obvious do the elites have to become....."

A “global system” is needed to replace the dollar as a reserve currency and help avoid a weakening of U.S. credit quality, said Stiglitz, a professor at Columbia University in New York. The dollar fell to an almost 15-month low against the euro last week, and the U.S. trade deficit widened more than forecast in January to the highest level in seven months.

“By taking off the burden of any single country, we don’t have to have trade deficits,” Stiglitz said in an interview in Bretton Woods, New Hampshire. “Things would be much worse if it were not the case that Europe was having even more of a problem, but winning a negative beauty pageant is not the way to create a strong economy.”

President Barack Obama and congressional leaders negotiated a last-minute deal two nights ago to avert a government shutdown. Within weeks, the government may be forced to increase the $14.3 trillion federal debt ceiling to ensure the U.S. will meet its financial obligations....

"Budget deal" is a complete and total joke! 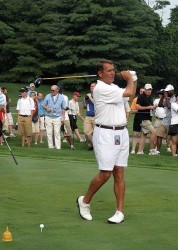 
Have you ever noticed that whenever it comes time to stand on principle top Republican lawmakers always fold like a 20 dollar suit? This time it was John Boehner. It went down like this - the Democrats knew that if they played hardball and set up a government shutdown for the weekend of the Cherry Blossom Festival that Boehner would cave. Boehner took negotiations up to the last minute to make it "look good" for the Tea Party, but the truth is that Boehner wanted nothing to do with a government shutdown and the Democrats knew that. The Democrats drew their lines in the sand on issue after issue and Boehner caved and caved and caved. So now it is time to fire John Boehner along with Barack Obama in 2012. Boehner must go. If the Tea Party is serious about cutting government spending then they must hold John Boehner accountable and go after his seat during the next primary season. The truth is that the "budget deal" is a complete and total joke. A one percent cut to the U.S. government budget is laughable. Is that why dozens of Tea Party activists were sent to Washington D.C.? If this is the "best" that can be done, the truth is that there is no hope of ever getting U.S. government debt under control.
Read More
Posted by Donna Sorensen/jas2maui at 6:04 PM

Un-reserve Dollar? US thinkers up for world order reshape 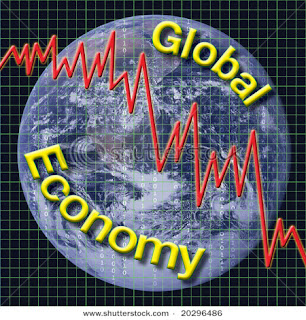 Major financial players from around the world are debating the future of the global economy in the iconic US town of Bretton Woods. The summit held by billionaire philanthropist George Soros is focusing on the place emerging nations will take in the new world order. RT’s Lauren Lister reports from the venue.

Posted by Donna Sorensen/jas2maui at 5:28 PM

Radiation Detected In Drinking Water In 13 More US Cities, Cesium-137 In Vermont Milk

Radiation Detected In Drinking Water In 13 More US Cities, Cesium-137 In Vermont Milk

Radiation from Japan has been detected in drinking water in 13 more American cities, and cesium-137 has been found in American milk—in Montpelier, Vermont—for the first time since the Japan nuclear disaster began, according to data released by the Environmental Protection Agency late Friday.

Milk samples from Phoenix and Los Angeles contained iodine-131 at levels roughly equal to the maximum contaminant level permitted by EPA, the data shows. The Phoenix sample contained 3.2 picoCuries per liter of iodine-131. The Los Angeles sample contained 2.9. The EPA maximum contaminant level is 3.0, but this is a conservative standard designed to minimize exposure over a lifetime, so EPA does not consider these levels to pose a health threat.

The cesium-137 found in milk in Vermont is the first cesium detected in milk since the Fukushima-Daichi nuclear accident occurred last month. The sample contained 1.9 picoCuries per liter of cesium-137, which falls under the same 3.0 standard.  Read More
Posted by Donna Sorensen/jas2maui at 11:15 AM