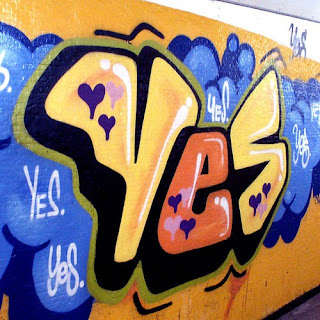 Posted on January 31, 2011
by Jonathon M. Seidl
A federal judge in Florida has ruled that the president’s health care overhaul, “Obamacare,” is unconstitutional. The judge based his ruling on the law’s mandate that citizens must purchase health care, a requirement he said violates the Constitution. The ruling affects the 26 states who had joined together to file a case against the law, yet still has implications for the entire country.
U.S. District Judge Roger Vinson ruled Congress overstepped its bounds by instituting the individual mandate, but also said the entire law was unconstitutional since the individual mandate is not “severable,” Fox News reports. Vinson did not go as far as to issue an injunction blocking the law from being implemented.

“I must reluctantly conclude that Congress exceeded the bounds of its authority in passing the Act with the individual mandate. That is not to say, of course, that Congress is without power to address the problems and inequities in our health care system. The health care market is more than one sixth of the national economy, and without doubt Congress has the power to reform and regulate this market. That has not been disputed in this case. The principal dispute has been about how Congress chose to exercise that power here,” Vinson wrote.  Read More
Posted by Donna Sorensen/jas2maui at 1:33 PM

Watching the pot come to a boil 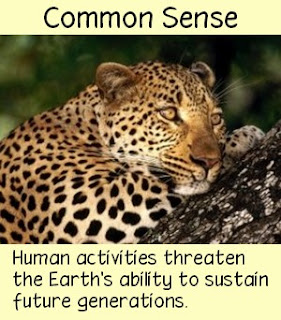 Today’s world has troubles unique to its time in history, from the global financial crisis to technological meltdowns to full scale, computerized global war. Observing the convergence of such events, contemporary prophets have begun to emerge from obscurity to suggest that these conditions might be signs of the demise of the modern world. These men are historians as well, using all manner of information and patterns from the past to provide context for where we are going. Their predictions interpret the current state of affairs in our world as evidence that the America we know may come to an end. The men proposing these ideas are not crackpots living on the streets of New York; they are intelligent, learned men who come armed with the evidence to back up their claims.  Read More

For the 1 billion people living on less than a dollar a day, the world’s worst food crisis in a generation is a matter of survival. Food is now considered the new gold. 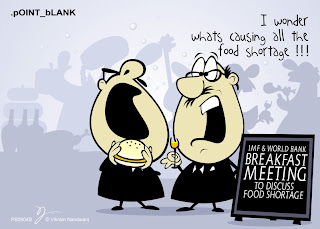 Perhaps the most over used but most accurate term used to describe the policies and ideology of the American Left is the "Law of Unintended Consequences." There is virtually nothing that these people espouse that once put in place has not had detrimental effects on either the people of the United States or the world.

Today there is a global food shortage and sky-rocketing prices. This has become the underlying factor in the riots in Tunisia, Algeria and Egypt, where up to 56% of a person's income is dedicated to the acquisition of food. These riots are now leading to the upheaval of governments and the very real possibility of the ascendancy of the radical elements into control.

While bad weather in various parts of the world is an element of the accelerating food prices there are two other factors directly related to the United States and its policies.

First, because of the enormous deficts run up by Obama administration and the Democrat controlled Congress, the Federal Reserve has had to effectively print trillions of dollars which have flooded the global market. Commodities are priced in dollars, consequently emerging markets throughout the world, and the food sector in particular, are suffering from rapidly rising inflation.  Read More
Posted by Donna Sorensen/jas2maui at 9:54 AM