This Is A US Act Of War On Libya

Ron Paul’s Texas Straight Talk: Lets Be Clear – This Is A US Act Of War On Libya

Obama’s unconstitutional war on Libya is aiding Al-Queda and other terrorist organizations. Why is nobody but Dr. Paul pointing this out?

Posted by Donna Sorensen/jas2maui at 11:07 AM

"We have a sitting president who does not believe in national sovereignty. Such a president cannot possibly fulfill his oath of office, since he does not regard the Constitution as the supreme law of the land." 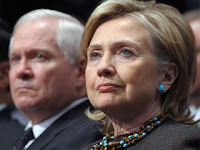 Recall how confused many of us were by the Obama candidacy? Remember how we laughed at “community organizing,” “hope,” and “change?” Do you recall the promise of “fundamental transformation,” and how few of us understood what it really meant?

If we learned anything from the Obama candidacy, it’s that we ought to be on our highest guard when this president is at his most perplexing. It is a mistake to dismiss what seems nonsensical and assume there is no method to the madness.

Since American military action began against Libya, confusion has reigned among policymakers and pundits. Some have pointed out the glaring inconsistency between President Obama’s past comments and his current actions, while others stretch the limits of credulity in an attempt to reconcile the disparity.

Secretary of State Hillary Clinton added to the cacophony on Sunday. She appeared alongside Secretary of Defense Robert Gates on ABC’s This Week. In response to questioning by Senior White House Correspondent Jake Tapper, Clinton provided some insight into the administration’s mindset. It suggests that, while the rest of us may be confused, this administration may not be.  Read More
Posted by Donna Sorensen/jas2maui at 10:57 AM

"Sort of like a Stockholm Syndrome sufferer, the seditious Soros has come to embrace the ideology of his brutal former tormentors."

At first radical philanthropist George Soros decided he wanted to destroy America’s capitalist system and replace it with a command economy. He hasn’t even been beating around the bush about his twisted dream — and the mainstream media has no intention of calling him out for his treachery. This immigrant ingrate who miraculously survived the totalitarianism of Nazi Germany and the Soviet Union has a screw loose. Soros puts his money where his mouth is, even lending moral support to left-wing terrorist attacks against the United States.

Sort of like a Stockholm Syndrome sufferer, the seditious Soros has come to embrace the ideology of his brutal former tormentors.

“The system we have now has actually broken down, only we haven’t quite recognized it and so you need to create a new one and this is the time to do it,” Soros told the Financial Times. In an interview with Der Spiegel Soros said European-style socialism “is exactly what we need now. I am against market fundamentalism. I think this propaganda that government involvement is always bad has been very successful — but also very harmful to our society.”  Read More
Posted by Donna Sorensen/jas2maui at 10:49 AM 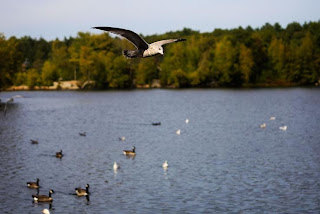 The Fukushima crisis continues to worsen by the day, with nuclear experts around the world finally realizing and admitting we've all been lied to. "I think maybe the situation is much more serious than we were led to believe," said Najmedin Meshkati of the University of Southern California, in a Reuters report (http://www.reuters.com/article/2011...). That same article revealed that recent radiation readings at Fukushima show "contamination 100,000 times normal in water at reactor No. 2 and 1,850 times normal in the nearby sea."

Massachusetts rainwater has also been found to be contaminated with low levels of radiation from Fukushima, indicating just how widespread the radioactive fallout has become. It's not just the West Coast of North America that's vulnerable, in other words: even the East Coast could receive dangerous levels of fallout if Fukushima suffers a larger release of radioactive material into the air.

Rolling blackouts are now continuing throughout Japan due to the drop in power production from Fukushima diminishing Japan's electricity generating capacity (http://english.kyodonews.jp/news/20...). The only reason Japan isn't experiencing widespread power blackouts right now is because so many factories were damaged or swept away from the tsunami itself. Once a serious rebuilding effort gets underway, Japan is going to find itself critically short of electrical power.  Read More
Posted by Donna Sorensen/jas2maui at 10:05 AM