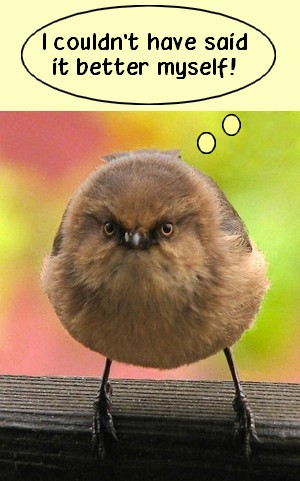 Levin expresses my total frustration better than anyone!

This monologue is classic Levin.

Levin says that Republicans are doing way too little in the way of spending and blames the leadership for being more interested in power than the future of the country. One of his big issues that he talks about is the fact that Michele Bachmann has uncovered over 100 billion that is currently being used to fund ObamaCare’s implementation, that was hidden in the ObamaCare legislation for this purpose. But instead of removing it with the recent CR (Continuing Resolution), they don’t even address it. Levin can’t believe they would allow Obama to continue to create this humongous entitlement when they have the chance to kill it.

Levin says it’s time for the freshmen Republicans to rise up and let their voices be heard.

To Listen
Posted by Donna Sorensen/jas2maui at 9:05 PM

Posted by Donna Sorensen/jas2maui at 10:13 AM

Washington D.C. Has Become A Cesspool

25 Bizarre Examples That Show That The U.S. Government Is Absolutely Brimming With Idiots, Incompetents And Incredibly Corrupt Politicians 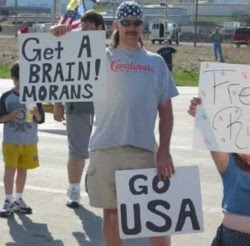 If our founding fathers could see us today, what would they think?  Unfortunately, they would probably come to the exact same conclusion that so many of us have come to - the U.S. government is absolutely brimming with idiots, incompetents and incredibly corrupt politicians.  Today it is very rare to come across a politician that still has any integrity left.  Washington D.C. has become such a cesspool that it seems to corrupt even most of the politicians that originally go there with good intentions.  We have created the most complicated government in the history of the world and we have hundreds of thousands of pages of laws, and yet nothing seems to work right.  Our economy is dying, our relationships with the rest of the world are a mess and we have accumulated the largest debt in the history of mankind.  Meanwhile, our politicians openly hand out our money to their friends and to those that have donated money to their campaigns and they waste our money on some of the stupidest things imaginable.  Have we now gotten to the point where our system of government has become so corrupted that it is almost impossible to repair it?  Read  More
Posted by Donna Sorensen/jas2maui at 9:40 AM

One penny stolen from decent Americans and handed over to NPR is a penny far too many."

Posted by Donna Sorensen/jas2maui at 9:27 AM

Posted by Donna Sorensen/jas2maui at 9:16 AM

Posted by Donna Sorensen/jas2maui at 9:13 AM