A discussion of collectivism, and the political and intellectual ideologies which underpin it.

Sons of Darkness / Sons of Light

"This video also outlines the debate between collectivism and individualism. --- Using original animations and frequent cultural references, the piece is intended to be entertaining and engaging for any audience, despite its somewhat difficult subject matter."   http://neithercorp.us/media
Posted by Donna Sorensen/jas2maui at 8:34 PM

How To Fake An Economic Recovery 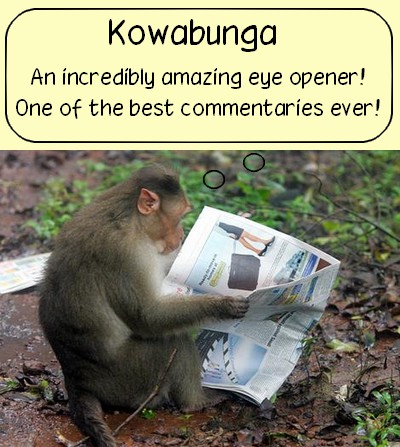 To the corporate banking elite..."How do you make them believe with all their hearts that they are not in the midst of a debt meltdown and the end of their financial sovereignty, but basking in a full-on economic recovery?!" 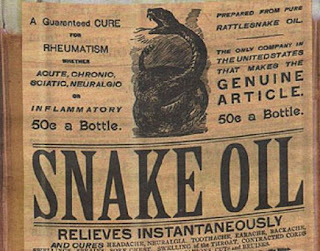 This may be a highly distasteful proposition, but just for a moment, I want you to sit back, and imagine that you are a member of the corporate banking elite. You are a walking talking disease ridden power mad pustule who naively believes himself intellectually superior to the vast majority of humanity and above the inherent laws of conscience, honor, and general good taste. You are a villain in the purest sense, in that you not only do great harm to the world, you actually SEEK to do great harm to the world, if only to benefit yourself and your exclusive circle of “friends”; a clan of degenerate blood thirsty sociopaths with delusions of omnipotence that stalk the night like Armani wearing Chupacabra exsanguinating the joy from poor unsuspecting cultures. You are capable of anything, and sadly, you take “pride” in this fact…

You aren’t “rich” in the traditional sense. You aren’t a “Bill Gates” or a “Donald Trump” (I’m beginning to wonder if Donald Trump is even solvent, or if his entire fortune is a special-effect courtesy of NBC). No, you don’t “make” money, you MAKE the money. You are a global financier. You are a central banker. You create the fiat that the rest of the country uses to sustain its fantasy economy. You dominate trade through monopoly and corporate fraud. You control the flow of currency through an economic system using fractional reserve banking, artificially pegged interest rates, and your ever trusty printing press. You put your substantial monetary clout behind BOTH major political parties, and groom presidential candidates to your globalist standards. Any politician who desires to climb the ladder of power turns to you for assistance, not the voting public. You have a tremendous financial stake in every corporate news provider in the country, if not own them outright. You invite their top reporters to posh banquets, give them unlimited access to prominent social figures and high rollers, and fly them to private alcohol addled orgies in the middle of the California Redwoods (I wish this was all made up). Forget responsible journalism, they love hanging out with you, and would probably write whatever you tell them to.  Read More
Posted by Donna Sorensen/jas2maui at 10:41 AM

Prepare for the crisis. It's coming.

There will be a crisis when the budgets cannot be financed at anything under 20% per annum except by mass inflation by the FED.

Prepare for the crisis. It's coming." 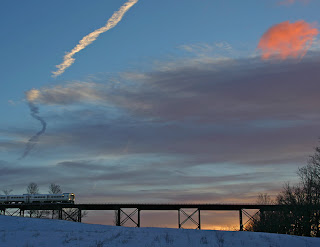 In this report, I am making a point: the country is headed for a fiscal disaster, and there is no broad-based political movement inside the country to put on the brakes. The train is headed for the collapsed trestle, and it is speeding up. The President as the engineer is talking about slowing the train a little, but he has not yet put on the brakes.

No one will put on the brakes.

This has enormous consequences for your financial future. You cannot easily get off the train. It is speeding up. The faster it goes, the more expensive it is to get off.

The voters are not aware that there is anything really wrong. They are once again running up credit card debt. They figure that happy days will soon be here again. Yet the deficit is $1.5 trillion. “No big problem!” Congress says. “Nothing that a $100 billion spending cut cannot solve.”

Let’s see if they impose that budget cut.  Read More
Posted by Donna Sorensen/jas2maui at 10:30 AM