Trump and the Hunt for Red Obama

"All this race talk is aimed at angering blacks and shaming whites into voting for Obama next year, whatever doubts they may have about his policies or his leadership." 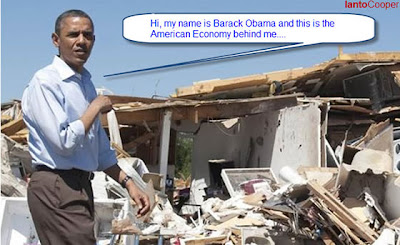 May 01, 2011
By Clarice Feldman
American Thinker

Before the last presidential election I ran into many people I had considered reasonably well-informed and educated, only to be surprised by the extent to which they had been utterly taken in by the obviously ghostwritten Obama hagiography and the media airbrushing of his background. It was scary. A first hand view of how easily manipulated public opinion is.

I was astonished that few of these people knew anything about Obama's failures in his one prior job -- getting the asbestos out of Altgeld Gardens -- and his singular executive endeavor, managing (at terrorist Bill Ayers' recommendation) millions of dollars from the Annenberg Foundation. Nor had they any notion of the thin record in support of the claim that he was truly brilliant. It was, to be blunt, enough that he was cool, black, had a degrees from Columbia and Harvard, talked the talk, and was a blank slate upon whom they could project all their fantasies of a highly intelligent, post-racial, post-partisan leader who would just fix up everything for them. (In case you missed the story of Obama the major media hid, Bill Whittle has nicely summarized it in this video.)  Read More
Posted by Donna Sorensen/jas2maui at 6:03 PM