"Barack Obama's addiction to power hurts not only the nation and its future as a constitutional republic, but each and every one of us."

No man is born a murderer, or evil or cruel. In America, no man is born a king or a tyrant. Just as a man must learn to be a killer, men must teach themselves to be tyrants. Barack Obama has learned how to be a tyrant.

The proclivity was always there, along with the arrogance and narcissism. When you are better than everyone else, it is a small step to wish to reign over them as well. Yet, few expected a University of Chicago lecturer on constitutional law to decide the Constitution did not apply to him, only to mere mortals like us. After all, when speaking of George Bush in 2007, he said, "I was a constitutional law professor, which means unlike the current president I actually respect the Constitution.

"I refuse to take 'no' for an answer," said Barack Obama in defense of his usurpation of our Constitution, which established three coequal branches of government, sharing power, designed to impede the machinations of a transformational tyrant refusing to take "no" for an answer, or a power-drunk Congress, or an out of control judiciary.

The checks and balances codified in our Constitution are the foundation of the balance of power intrinsic to our system of government. It is an exercise in divided authority -- adversarial, confrontational and restricted.

The Constitution is meant to curtail the extremes of unbridled authority. It protects liberty by throttling the wet dreams of would be tyrants.

A constitutional law professor should know this, but Barack Obama was a Senior Lecturer, not a professor on the track to tenure. Apparently, he had no desire for the rigorous imperative of publish or perish. He had bigger plans. Why write about the Constitution, when as a tyrant, he could rewrite the Constitution?

Tyranny is so much easier; tyrants control everything and don't have to take "no" for an answer. Read More
Posted by Donna Sorensen/jas2maui at 1:10 PM

Decentralization Is The Only Plausible Economic Solution Left

"By limiting choice, we limit ingenuity and imagination. By narrowing focus, we lose sight of the much bigger picture. This is the very purpose of the feudal framework; to erase individual and sovereign strength, stifle all new or honorable philosophies, and ensure the masses remain completely reliant on the establishment for their survival, forever tied to the rotting umbilical cord of a parasitic parent government." 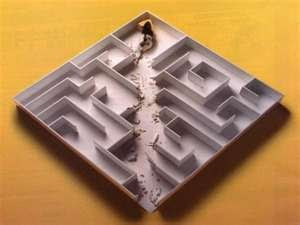 
When I first began the process of launching the Alternative Market Project, the idea and scope were rooted in analytical papers I had written years before on aspects of centralization versus decentralization, and globalization versus localization. Back then, I saw these conflicting economic systems as mutually generative. That is to say, the further we as a society are pushed towards collectivist or feudalist economic structures, the more we naturally or unconsciously gravitate towards independent and open markets. The problem today is that independent markets have been artificially and quite deliberately removed from the public view. As I have said in the past, centralization is a powerful tool for elitists, because it allows them to remove all choice from a system until the only options left to the people are those that the establishment desires. Though we deeply long for free and vibrant trade unhindered by corporate oligarchy, we are told that such a thing does not exist, and that we must make due with the corrupt ramshackle economy we have been given. I say, this is simply not so…

The great lie that drives the fiat global financial locomotive forward is the assumption that there is no other way of doing things. Many in America believe that the U.S. dollar (a paper time-bomb ready to explode) is the only currency we have at our disposal. Many believe that the corporate trickle down dynamic is the only practical method for creating jobs. Numerous others have adopted the notion that global interdependency is a natural extension of “progress”, and that anyone who dares to contradict this fallacy is an “isolationist” or “extremist”. Much of our culture has been conditioned to support and defend centralization as necessary and inevitable primarily because they have never lived under any other system. Globalism has not made the world smaller; it has made our minds smaller.

By limiting choice, we limit ingenuity and imagination. By narrowing focus, we lose sight of the much bigger picture. This is the very purpose of the feudal framework; to erase individual and sovereign strength, stifle all new or honorable philosophies, and ensure the masses remain completely reliant on the establishment for their survival, forever tied to the rotting umbilical cord of a parasitic parent government. Read More
Posted by Donna Sorensen/jas2maui at 10:05 AM