Beck’s Emotional Response to Bombshell ‘Stand Down’ Libya Allegations: ‘Today Officially Is the Day That I No Longer Recognize My Country’

Aside from showing his personal horror after learning the new details, he repeatedly asked, “What have we turned into?” and proclaimed: “Today officially is the day that I no longer recognize my country.”

Posted by Donna Sorensen/jas2maui at 5:02 PM

The Blog Petraeus Throws Obama Under the Bus

Breaking news on Benghazi: the CIA spokesman, presumably at the direction of CIA director David Petraeus, has put out this statement: "No one at any level in the CIA told anybody not to help those in need; claims to the contrary are simply inaccurate. ”

So who in the government did tell “anybody” not to help those in need? Someone decided not to send in military assets to help those Agency operators. Would the secretary of defense make such a decision on his own? No.

It would have been a presidential decision. There was presumably a rationale for such a decision. What was it? When and why—and based on whose counsel obtained in what meetings or conversations—did President Obama decide against sending in military assets to help the Americans in need?
Posted by Donna Sorensen/jas2maui at 4:51 PM

POWERFUL: Father of former SEAL killed in Benghazi says whoever refused to send help murdered his son, but he forgives them

"This is a powerful interview with Charlie Woods, father of former Navy SEAL who was killed in Benghazi, who says that those who refused to send ready and available help to his son murdered his son. But he’s not saying that out of malice and hatred. In fact he tells them directly on this phone call that he forgives them, but they need to stand up and change the direction of their lives."

Watch Video
Posted by Donna Sorensen/jas2maui at 11:32 AM

The Lying President and his administration 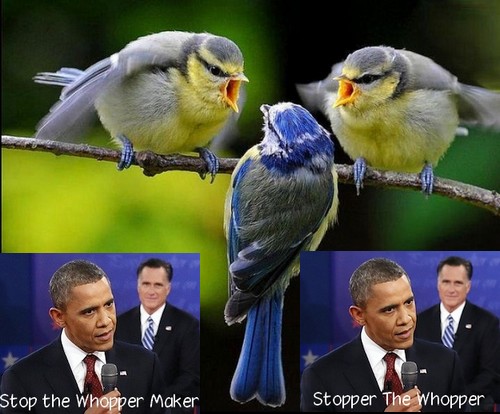 Posted by Donna Sorensen/jas2maui at 11:26 AM

Fox News has learned from sources who were on the ground in Benghazi that an urgent request from the CIA annex for military back-up during the attack on the U.S. consulate and subsequent attack several hours later was denied by U.S. officials -- who also told the CIA operators twice to "stand down" rather than help the ambassador's team when shots were heard at approximately 9:40 p.m. in Benghazi on Sept. 11.

Former Navy SEAL Tyrone Woods was part of a small team who was at the CIA annex about a mile from the U.S. consulate where Ambassador Chris Stevens and his team came under attack. When he and others heard the shots fired, they informed their higher-ups at the annex to tell them what they were hearing and requested permission to go to the consulate and help out. They were told to "stand down," according to sources familiar with the exchange. Soon after, they were again told to "stand down."

Woods and at least two others ignored those orders and made their way to the consulate which at that point was on fire. Shots were exchanged. The rescue team from the CIA annex evacuated those who remained at the consulate and Sean Smith, who had been killed in the initial attack. They could not find the ambassador and returned to the CIA annex at about midnight.