ObamaCare...My Way or My Way 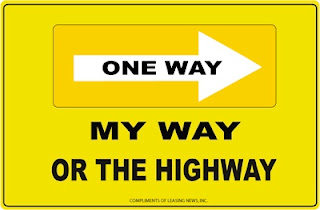 Heads I win, tails you lose. That’s the false choice America’s Community Organizer-in-Chief just offered the states. Let me explain. Many governors are unhappy about Obamacare, so President Obama told them, “If your state can create a plan that can cover as many people as affordably and comprehensively as the Affordable Care Act does, without increasing the deficit, you can implement that plan and we’ll work with you to do it.” Sounds like he’s being pragmatic and reasonable doesn’t it?

Well then the joke’s on you.

A closer look shows that the president is not lifting the burdensome requirements ObamaCare imposes on states. All he’s doing is proposing to move up, from 2017 to 2014, the date on which states can apply for federal permission to impose a different but equivalently or more coercive plan to expand health insurance coverage.

The move is calculated to make it look like President Obama is suddenly being realistic about the crushing burden his horrendous big government health care legislation will impose on the states. What the president offered the states was a) the opportunity to stay the course and allow Obamacare to destroy the private health care system in due course or b) the opportunity for the states to destroy the private health care system immediately without waiting for the federal legislation to do it.

Naturally, superficial reporters at the New York Times and Politico were duped into thinking Obama had actually conceded something to his critics, when in fact he gave them worse than nothing. He offered the states an opportunity to immediately enact what he’s wanted all along (single-payer) and will get eventually as Obamacare crushes private insurers.

President Obama is a practiced Alinskyite master of deception who excels at cheating people out of their future while making them think he’s helping them. That’s what community organizers do.
Posted by Donna Sorensen/jas2maui at 10:32 AM