Fukushima worse that meltdown...it has melt-through

Recent reports confirming that Reactors 1, 2, and 3 of the Fukushima Daiichi nuclear facility completely melted just hours after the devastating earthquake and tsunami hit the area on March 11 (http://www.naturalnews.com/032537_F...) have been trumped by even worse news that those same reactors have all likely "melted through," a situation that according to Japan's Daily Yomiuri DY is "the worst possibility in a nuclear accident."


And senior political official Ichiro Ozawa suggested in an interview with The Wall Street Journal (WSJ) that the Fukushima situation could make the entire country of Japan "unlivable."  Read More
Posted by Donna Sorensen/jas2maui at 6:04 PM

Signs The Collapse Of Society Is Accelerating

"Most Americans don't understand what is causing the collapse of the economy, but most of them do have a sinking feeling that something has seriously gone wrong."

As the U.S. economy collapses, the thin veneer of civilization that we all take for granted is going to begin to disappear. In fact, there are already an increasing number of signs that the collapse of society is accelerating. In cities such as Chicago, roving packs of young people are "mob robbing" local businesses, randomly assaulting tourists and shoppers and are even pulling people out of vehicles. This isn't just happening in the "bad areas" anymore. Over the past couple of months this type of crime has been common in some of the wealthiest areas of Chicago. In fact, many Chicago residents are now referring to "the Magnificent Mile" as "the Mug Mile". But it isn't just in Chicago that this is happening. During this past Memorial Day weekend, cities all over the United States experienced a stunning wave of mass violence. We are supposed to be an "example" for the rest of the world, but as our economic wealth crumbles we are witnessing the collapse of society all around us. So what is going to happen when the economy gets even worse?  Read More
Posted by Donna Sorensen/jas2maui at 2:21 PM 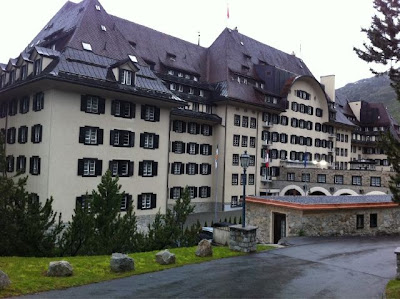 This is a master page with links to articles, videos, pictures and coverage of the secretive Bilderberg meeting, taking place over the 8-13th June 2011 in St Moritz, Switzerland.  Read More
Posted by Donna Sorensen/jas2maui at 11:09 AM