Circus Clowns And Sideshow Freaks...How can we stop the madness?

"America is ripping apart at the seams. Our currency has been destroyed. Our treasury is indebted beyond the point of any return. The cost of our daily survival is quickly rising beyond any average person’s means to pay. And, our political system is a never ending parade of googly-eyed muppets singing and dancing to the tune of the false left/right paradigm. Yet, where has our attention been lately…?"

In my worst nightmares, when the lights are swallowed by the smog of some nefarious gloom and the air itself becomes a stale sarcophagus into which I am entombed, and the grim hands of putrefied fate sink their wretched grip into the thick of my neck and all seems irrevocably lost, I merely recall that soon I will awaken to the horror of a terminal America infested by career criminals and certifiable morons, and suddenly, my off color dreams don’t seem so bad. Ultimately, there is nothing worse to me than a public majority that takes everything they hear from the mouths of political warlocks at face value. Even the fear of death is truly a pittance compared to the threat of being enveloped by a stampeding herd of frightened, stupid, human cattle.

Is this melodramatic? Not at all. When a man is aware, and by aware I mean honest with himself, he inevitably suffers the pain of being certain while the rest of the world enjoys the bliss of false assumptions. We live in a culture that inflicts great punishment on those who know, and lavishes enticing but short lived rewards on those who ignore. In such a place as this, meaning disappears, and countries die.  Read More

This opinion piece in Excellent...Read the full article
Circus Clowns and Sideshow Freaks
Posted by Donna Sorensen/jas2maui at 10:19 PM

Panetta and Rumsfeld both confirm waterboarding led US to Bin Laden

Posted by Donna Sorensen/jas2maui at 10:00 PM

The collapse of our modern world has already begun

In the quest for more money, humanity has sacrificed its food supply, its pollinators, it's oceans, forests and soils. 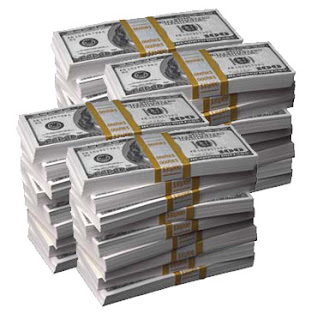 A lot of people believe the world as we know it is going to end on December 23, 2012. Nonsense, I say. The far more honest answer is that the end of the world as we know it has already begun. And it doesn't mean the end of the world; it means the closing of one era and the birth of a new one. It is a transition between the ages. This particular transition, however, promises to be the most tumultuous and costly transition humankind has ever seen.

But don't wait around for December 2012 to look for the signs. Here are 14 signs that the world as we know it is unraveling right now. We are living through the end of one era and the birth of a new one. In the future, they'll look back and call this all one moment in history, but when you're living through it, it seems to move forward at almost a snail's pace. But make no mistake: We are living through the opening chapters of the end of the world as we know it, and on the other side of all this will emerge a new world that's very different from the one we know today.  Read More
Posted by Donna Sorensen/jas2maui at 11:09 AM