S&P and the Bilderbergers: All Part of the Plan?

"Bilderberg isn’t a secret society. . . . It’s a meeting of people who represent a certain ideology. . . . Not OWG [One World Government] or NWO [New World Order] as too many people mistakenly believe. Rather, the ideology is of a ONE WORLD COMPANY LIMITED." 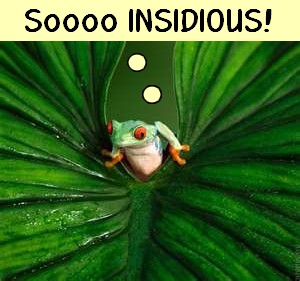 What just happened in the stock market? Last week, the Dow Jones Industrial Average rose or fell by at least 400 points for four straight days, a stock market first.

The worst drop was on Monday, 8-8-11, when the Dow plunged 624 points. Monday was the first day of trading after US Treasury bonds were downgraded from AAA to AA+ by Standard and Poor’s.

But the roller coaster actually began on Tuesday, 8-2-11, the day after the last-minute deal to raise the U.S. debt ceiling -- a deal that was supposed to avoid the downgrade that happened anyway five days later. The Dow changed directions for eight consecutive trading sessions after that, another first.

The volatility was unprecedented, leaving analysts at a loss to explain it. High frequency program trading no doubt added to the wild swings, but why the daily reversals? Why didn’t the market head down and just keep going, as it did in September 2008?

The plunge on 8-8-11 was the worst since 2008 and the sixth largest stock market crash ever. According to Der Spiegel, one of the most widely read periodicals in Europe: Read More

Posted by Donna Sorensen/jas2maui at 2:08 PM

If You See Something, Say Something

The Department of Homeland Security has just released another important video warning the American populace about the scourge of white, yuppy-looking people who leave briefcases unattended!

This, of course, is because of the large amount of briefcases that have been exploding across America killing… zero people.

Once again, Janet Napolitano, is asking that “if you see something, say something”.

We’d like to thank her for once again providing us with the opportunity to point out a few of the suspicious activities we’ve noticed of late.

It’s hard to know where to begin – there are so many things.

We find it suspicious that both Janet Napolitano nor Michael Chertoff have been investigated or charged for their part in the “underwear bomber” fiasco where a man without a passport and actually on the terrorist watch-list was escorted past security and put on the plane with a bomb in his boxers at a time when Chertoff had a stake in the backscatter x-ray machines and was leading the biggest lobby group to have these machines put in all US airports hours after the “attack”.

It’s also suspicious that George W. Bush, Dick Cheney and Donald Rumsfeld have not been arrested for lying to get the US into an occupation of Iraq that has now lasted eight years, cost trillions of dollars and killed tens of thousands of US military and more than a million Iraqi civilians.

It’s also suspicious that it says in the US constitution that nothing but gold or silver can be money used by the Government of the United States yet Ben Bernanke and the Federal Reserve issue paper units which are said to be the only legal tender in the US by the US Government – and even when asked if “gold is money”, he does not even pay mention to this fact.

As well, it is suspicious that not one person in the US Government has been investigated for having shipped thousands of high powered weapons to Mexican drug cartels.

It’s also suspicious that there has never been any proof shown for the Osama bin Laden assassination and now most of the members of Seal Team 6 have been killed and there is evidence that almost all of the reported details of the murder are false.

It’s strange, also, that the most outspoken and authoritative analyst against BP after the Gulf Oil spill died a few days after he spoke up about it, in his hot tub.

Not to mention the fact that nearly all members of congress accept bribes (called donations) from corporate and foreign lobby groups to do their bidding.

Or how about the fact that Nobel Peace Prize winner, Barack Obama, first stated that his bombing of Libya does not make it a war action and that the bombing would be over in “days, not weeks”, over five months ago?

This list really could go on forever Janet. There is so much obviously improper conduct going on in the Washington, District of Criminals area.

The people of the US have been brainwashed by mainstream media presstitutes since birth, drugged (flouride in water, adderall and other toxic chemicals given to schoolchildren), put in prisons (public schools and colleges) for the entirety of their formative years and most of the food system in the US has been systematically degraded to the point where most receive little or no nutritition from food and you have outlawed natural foods such as raw milk. In fact, almost all the actions of your government has caused most of the problems in American society today.

Yet, your government says that “terrorists” are now your “average American” and police have been instructed to treat anyone who speaks about the constitution or about freedom as a criminal.

So, yes, we have seen some things and we are saying it to you now.

As for that greying, white, 50 year old man in a business suit who forgot his briefcase, excuse us if we don’t call the government to deal with it. After all, it is the government that are the criminals.

Dollar Vigilantes every day are waking up to the criminality of their own government and are aware of its coming collapse. We focus on moving our assets and in many cases, our ass, outside of the jurisdiction of our own government for this reason.
Posted by Donna Sorensen/jas2maui at 12:23 PM

House Judiciary Chairman Lamar Smith claims that President Barack Obama’s new Executive Order that stopped automatic deportation of illegal aliens is more than just a back-door passage of the “Dream Act” but actually something that undermines both the Legislative and the Judicial branches of our government. According to Rep. Smith, the new order permits:

- hundred of thousands of illegals to be given work authorizations, allowing them to compete with Americans for jobs

- a presidential task force to decide who receives amnesty and who does not, creating even more bureaucracy in Washington

As reported here on Thursday, President Obama signed another controversial Executive Order before jetting off to nine days of vacation on Martha’s Vineyard. This latest order stopped the automatic deportation of illegal aliens and appears to some in Congress as the President bypassing Congress and effectively creating laws through imposing regulations. With this latest order, President Obama has now created more regulations in 2 1/2 years than any other President has done in the same time frame.
Read More
Posted by Donna Sorensen/jas2maui at 11:29 AM