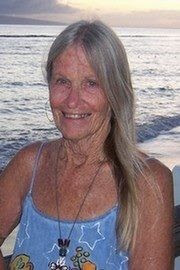 As a child conceived through rape, given up for adoption, and 52 years later reunited with both birth parents I find this disgusting. The true story of my miracle reunion demonstrates amazing bravery, love and compassion, and fate unfolding.

It requires a certain quality of moral opacity for our Dear Mr. Obama, who stands in the breach as tribune for all things weak and powerless, to pronounce God's Blessing on a room filled to the brim with those mighty champions of nascent selective infanticide. If I had not read the speech myself, I probably would never have believed that a President of the United States of America could, in the span of a few days, surround himself -- nay, metaphorically smear himself with the blood of dead elementary school children in the service of disemboweling American Constitutional liberties, and then proceed to speak glowingly of clinical murder as "health care" to a crowd at Planned Parenthood.

In the midst of the Kermit Gosnell trial, which reads as ugly and obscene as any teen blood-soaked horror flick, our Nobel Prize-winning Man of the Millennium has decided that the cessation of public funding for clinical butchery is not to be countenanced and has assured the assembled throngs at Murder Incorporated that the House that Eugenicist Margaret Sanger built "is not going anywhere." To me, it would seem to be beyond the pale of credulity that his parting words of "God Bless You" were not offered as a touch of irony or sarcasm. But heaven forbid! His blessing was meant as a genuine heartfelt appreciation for men and women who most assuredly cast their votes for him and who undoubtedly mirrored his Progressive view that the life or death of human chattel should ultimately be dependent upon the mood or inclination of the slavemaster. Indeed, Obama himself has never criticized late term or partial-birth murder: even if abortion is responsible for the loss of over 1500 black children per day who might in fact have grown up and voted for Progressive causes and candidates. In politics, this is called a calculated trade-off. Read More
Posted by Donna Sorensen/jas2maui at 10:10 AM