The rabid "environmentalists" behind the green agenda intend to take all human activity and put it into a box called "sustainable development". 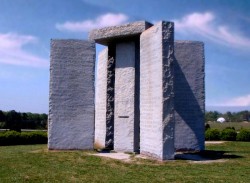 Imagine going to sleep one night and waking up many years later in a totally different world. In this futuristic world, literally everything you do is tightly monitored and controlled by control freak bureaucrats in the name of "sustainable development" and with the goal of promoting "the green agenda". An international ruling body has centralized global control over all human activity. What you eat, what you drink, where you live, how warm or cold your home can be and how much fuel you can use is determined by them. Anyone that dissents or that tries to rebel against the system is sent off for "re-education". The human population is 90 percent lower than it is today in this futuristic society, and all remaining humans have been herded into tightly constricted cities which are run much like prisons. Does all of that sound good to you? Well, this is what Agenda 21 is all about.  Read More
Posted by Donna Sorensen/jas2maui at 10:18 PM

Geithner: “No alternative” but to raise taxes on small businesses

Rep. Renee Ellmers (R-NC) did a fantastic job yesterday making Treasury Secretary Timothy Geithner squirm in front of the House Small Business Committee. Geithner claimed there was “no alternative” but to raise taxes on America’s small businesses, unless we wanted to (gasp!) shrink government programs like education. So, rather than make even the tiniest reduction in the size of our bloated federal government, the Obama administration instead would rather raise taxes on job-creating small businesses in the midst of a horrific recession.

And what good would that do? Not much, according to the CBO, which just reported that our deficits would be unsustainable even with Clinton-era tax revenue.

Ellmers wasn’t buying Geithner’s mumbo-jumbo, and she even got in a little zinger at the end!

Posted by Donna Sorensen/jas2maui at 10:12 PM

This was absolutely awful.

Barack Obama made another horrible mistake today.
The president visited the 10th Mountain Division today and congratulated them on their service. Then he told the soldiers that he had given the Medal of Honor to Jared Monti who came back from Iraq alive.
Jared Monti was actually killed in Iraq in 2006.
How sad.


“First time I saw 10th Mountain Division, you guys were in southern Iraq. When I went back to visit Afghanistan, you guys were the first ones there. I had the great honor of seeing some of you because a comrade of yours, Jared Monti, was the first person who I was able to award the Medal of Honor to who actually came back and wasn’t receiving it posthumously.“


As we all know, SSG Sal Giunta, of the 173rd Airborne, was the first living recipient (2011) of the MOH who fought in Iraq/Afganistan. SFC Jared Monti, 10th Mountain Division, was KIA in Afghanistan in 2006. He was posthumously awarded the MOH by Obama in 2009.
How does the Commander-in-Chief mix these heroes up? He put that medal around Giunta’s neck and he stood with Monti’s parents as they grieved.


This ranks up there as one of his worst gaffes ever.
How awful.
Posted by Donna Sorensen/jas2maui at 10:01 PM