The DHS Defends Globalism, Not America 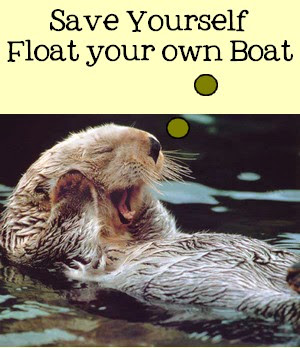 "It is much more difficult to challenge a methodology when that methodology is suddenly treated as a national security issue, and is defended by an army of bureaucrats and blue-shirted thugs. When a world view is made violently essential to the very survival of a people, defiance is held tantamount to treason, and change, no matter how wise, becomes impossible."

The Department Of Homeland Security is the very epitome of unnecessary bureaucracy. Its formation was predicated on the existence of terrorist threats, many of which the U.S. government and orbiting alphabet agencies either created through acts of war, or fabricated out of thin air. Its policies of centralization were sold to the public as necessary to prevent systemic “miscommunications” that never actually took place. Throughout our history, it has been a rare occasion indeed when an attack falls upon American infrastructure or interests that was not influenced, directly or indirectly, by the actions of agencies which were supposedly employed to prevent such events from ever occurring. Whether through ‘blowback’, or through ‘false flag’, frankly, most of the harm that comes to our nation is perpetrated by the guiding hand of our inexorably corrupt government.

Knowing that the DHS was established on false pretenses forces us to question the agency’s true intentions, especially when a professional fear-monger like Secretary Janet Napolitano announces that the globalization of the world economy falls within her jurisdiction:

Average citizens would assume that the DHS is a U.S.-centric institution, and regardless of its Orwellian behavior, is at the very least a distinctly American brand of tyranny. However, under encroaching strategies enforced since 2006 through the National Infrastructure Protection Plan (NIPP), it is becoming very apparent that the Department Of Homeland Security is quickly taking on an “all-of-nation” role, most prominently in the defense of globalization: Read More
Posted by Donna Sorensen/jas2maui at 8:58 AM