Maui News: An unplanned swim with the dolphins 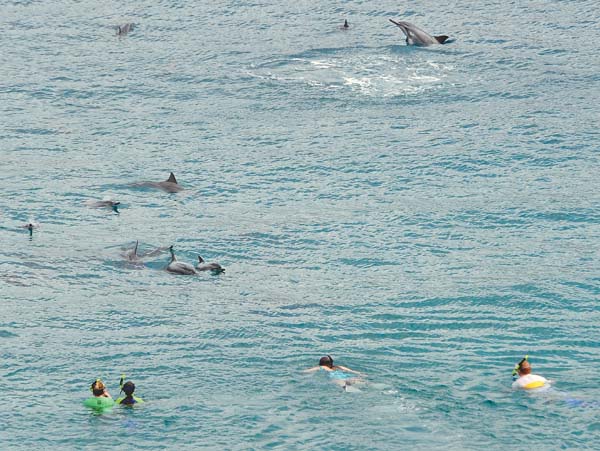 A family enjoyed the experience of a lifetime Thursday morning when a pod of spinner dolphins swam up to them while they snorkeled at Honolua Bay. The dolphins put on a show before moving out to deeper water. The state recommends that swimmers maintain a 150-foot buffer zone from the wild animals, but there are times when “dolphins do approach people,” said aquatic biologist Skippy Hau.

Bin Laden's Death: Charlie Chan and the Mystery of the Mansion Hideout

"Jimmy: You mean the government might not be telling us the truth, the whole truth, and nothing but the truth, Pop?

Chan: Number One Son, do not be alarmed with what I am about to tell you: No government does such things." 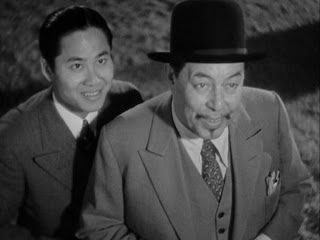 As the story of the death of Osama bin Laden grows more curious by the day, it's time we call in that legendary Honolulu police detective of yesteryear, Charlie Chan, to visit the scene.

With his Number One Son, Jimmy, Chan arrives at the former hideout of the deceased mass murderer, where a small crowd of on-lookers still lingers. This conversation ensues:

Jimmy: Gee, Pop, this doesn't look like a mansion. It looks more like a three-story police headquarters in a provincial capital in Guatemala.

Chan: True, but look around, Jimmy. Few houses are nearby, and none is bigger. Nor is there another house surrounded by a tall wall topped with barbed wire. But you are right, Number One Son. It does look like a jail, but given its secluded location and size, to some here it might appear to be the home of a rich man.

Jimmy: If bin Laden was hiding here from the Pakistani authorities, as well as from the Americans, isn't this a high profile place to hide?

Chan: Yes, Jimmy. And within your question lives another: Was he hiding from the Pakistani authorities?

Jimmy: They said they were hunting him.

Chan: Look around. What do you see?

Jimmy: Mostly open fields, with only a few houses nearby.

"Newly released videos show Osama bin Laden watching himself on television and rehearsing for terrorist videos, revealing that even from the walled confines of his Pakistani hideout, he remained a media maestro who was eager to craft his own image for the cameras."

Posted by Donna Sorensen/jas2maui at 11:26 AM