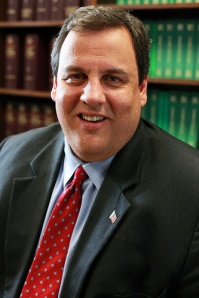 It’s the curse of having sat through too many local town council meetings and too many speeches by politicians; it’s taking notes as they speak because you want to keep what’s said fresh in mind. Regular folks don’t do this, but anyone who has spent any time as a reporter will tell you it is a hard habit to break.

So, on Tuesday, January 11, I found myself taking notes as New Jersey Governor, Chris Christie, gave his first constitutionally required State of the State speech. He will be back in February with a speech about his budget. It was delivered to the members of the New Jersey Senate and Assembly, mostly Democrats; all of whom had learned in the previous year that the Governor was a jolly, fat buzz-saw who just loves a good fight.

Gov. Christie was preceded by two of the worst Governors in current times, Jim McGreevey who discovered he was gay after he put his boyfriend on the payroll and the whispers in the statehouse became a raging storm. He was followed by Jon Corzine, a limousine liberal. Together they increased taxes and fees 115 times in eight years! In a single term in office, Corzine raised taxes $9 billion!  Read More
Posted by Donna Sorensen/jas2maui at 8:20 AM

Obamacare: Stop the Hand-Wringing and Nullify! 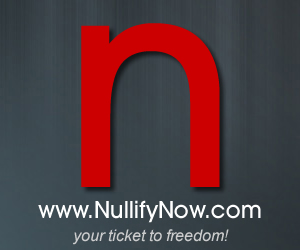 LOOK TO THE U.S. CONSTITUTION AND ITS FRAMERS

by Jim Delaney
Thomas Jefferson was an advocate of states' rights and citizen participation in government
(Jan. 14, 2011)

Recently, two federal judges ruled in favor of Obamacare while a federal jurist in Virginia ruled against it. Huh? One must seriously question whether or not these guys are all reading the same Constitution I have before me.

In any event, I honestly cannot fathom nor can I abide all the needless hand-wringing and drama over the constitutionality of Obamacare. Of course it’s not constitutional! Going forward then, exactly what’s the most likely end game of the 20 or so Attorneys General who are suing the Administration over this latest federal intrusion in our lives?

First off, when our political system fails us, we should all remember that in the final analysis “we the people” are the final arbiters with respect to what is and what is not constitutional. Also, under the 9th and 10th Amendments, the States are implicitly within their constitutional authority to simply nullify any unconstitutional federal law, ruling or regulation. I won’t mince words here: anyone who disputes this assertion either is not an objective student of the Constitution or of American history, or is driven by an alien ideological agenda altogether.  Read More
Posted by Donna Sorensen/jas2maui at 8:11 AM

The State of the Union

From the Desk of Harold Poole ...News with Attitude

Pep rally with newly made commemorative t-shirst on Wednesday.

Who says the Bushbama administration can’t get things done?

And what about Ms. Palin?

She QUIT her job as Governor of Alaska and is now the star of a reality TV show…and yet news commentators can’t get enough of her opinion on current events.

Meanwhile, the price of gas and food heads up relentlessly – but there’s no inflation.

Real unemployment is well north of 15% and without any hope of improvement – but it’s not a Depression.

Sounds like the last days of a Banana Republic to me.

While the news media spins endless nonsense, here’s a bulletin from the world of reality that’s eventually going to bring everyone back to earth.

From our friends at Real Econ TV …..

Posted by Donna Sorensen/jas2maui at 8:05 AM

NaturalNews) The Institute for Safe Medication Practices (ISMP) recently published a study in the journal PLoS One highlighting the worst prescription drug offenders that cause patients to become violent. Among the top-ten most dangerous are the antidepressants Pristiq (desvenlafaxine), Paxil (paroxetine) and Prozac (fluoxetine).

Concerns about the extreme negative side effects of many popular antidepressant and antipsychotic drugs have been on the rise, as these drugs not only cause severe health problems to users, but also pose a significant threat to society. The ISMP report indicates that, according to the U.S. Food and Drug Administration's (FDA) Adverse Event Reporting System, many popular drugs are linked even to homicides.

Most of the drugs in the top ten most dangerous are antidepressants, but also included are an insomnia medication, an attention-deficit hyperactivity disorder (ADHD) drug, a malaria drug and an anti-smoking medication.   Read More
Posted by Donna Sorensen/jas2maui at 7:54 AM

Beck: I’m begging you to get prepared

"Responding to outrageous comments made by top libtalker Thom Hartman, a passionate monologue ensues from Beck who sees a coming crisis that nobody is talking about and he is begging us to get ready.

This is easily one of his best monologues lately. Enjoy!"  Read More and Listen
Posted by Donna Sorensen/jas2maui at 7:47 AM

Frances Fox Piven: The Tea Party Is All About Sex

Posted by Donna Sorensen/jas2maui at 7:31 AM