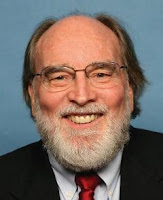 Hawaii Gov. Neil Abercrombie suggested in an interview published today that a long-form, hospital-generated birth certificate for Barack Obama may not exist within the vital records maintained by the Hawaii Department of Health.

Abercrombie told the Honolulu Star Advertiser he was searching within the Hawaii Department of Health to find definitive vital records that would prove Obama was born in Hawaii, because the continuing eligibility controversy could hurt the president's chances of re-election in 2012.

Donalyn Dela Cruz, Abercrombie's spokeswoman in Honolulu, ignored again yesterday another in a series of repeated requests made by WND for an interview with the governor.

Toward the end of the interview, the newspaper asked Abercrombie: "You stirred up quite a controversy with your comments regarding birthers and your plan to release more information regarding President Barack Obama's birth certificate. How is that coming?"

In his response, Abercrombie acknowledged the birth certificate issue will have "political implications" for the next presidential election "that we simply cannot have."  Read More

Has Governor Abercrombie asked his predecessor for help in finding the document?

In the words of Lewis Carroll, it gets curiouser and curiouser.

Of course, to the mainstream media, all these contradictory statements and a document that somehow can't be produced by the Governor are of no interest at all. Nothing to see here, move along. They will continue to demonize anyone who suggests that it is a bit odd that nobody can locate the actual document recording the actual birth of the President of the United States.

But to anyone with an inquisitive mind, it does appear to be very strange indeed that there would be such a huge problem in locating the document itself.   Read More
Posted by Donna Sorensen/jas2maui at 9:17 PM 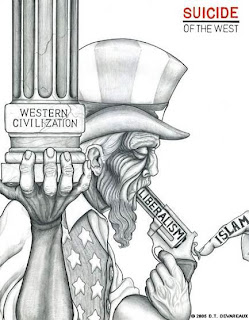 Many AT readers are aware that I have been working on a book project for the past several years. I have mentioned it occasionally on this site, more often in the past few weeks as publication drew nearer. Now zero hour has arrived: Death by Liberalism. The Fatal Outcome of Well-Meaning Liberal Policies is available as of today. (Buy it here.) It's the first publication from Broadside Books, renowned editor Adam Bellow's new conservative imprint.

Simply put, DbL deals with the appalling and overlooked fact that liberalism kills. This is no metaphor, no exaggeration, and no mistake. Liberal policies put in place by liberal politicians to achieve liberal goals kill thousands of Americans each year. In the past half-century, liberalism may have killed up to 500,000 American citizens (and this is not even counting DDT or ethanol, which are responsible for a death rate orders of magnitude larger in the international sphere). We have known for years that liberalism is corrupt, wasteful, and futile. Now we know that it is even worse. Liberalism is lethal.  Read More
Posted by Donna Sorensen/jas2maui at 10:53 AM

Why Have a Debt Ceiling? 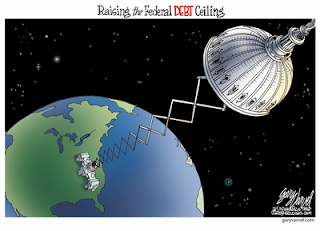 The debate will be different this time because this Congress will be debating whether to raise the debt ceiling under the scrutiny of an electorate that is ready to raise the roof if their elected officials fail -- again -- to enact meaningful spending cuts.  Read More
Posted by Donna Sorensen/jas2maui at 10:38 AM 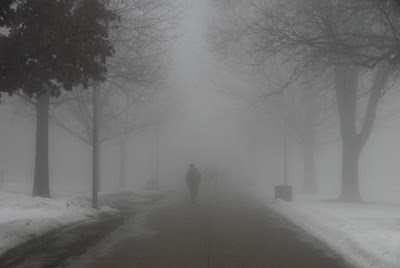 In the past few years, the concept of economic globalism has revealed itself as quite the Trojan horse; once posing as the next step in the evolution of “free market” capitalism and the savior of third world nations striving for development status, now revealed as a fiscal plague spreading delirium and destruction wherever it touches ground. There is no denying that the economies of the world are irrevocably tied to one another, but until recently, this was always thought of as a “good thing” in mainstream financial circles. Today, the great failings of engineered interdependency are painfully apparent. The EU’s many peripheral nations are dropping one after another like flies in a fog of DDT, rising economies in Asia are bloated with investment capital escaping from debt default in the West, causing impressive levels of inflation, and the U.S. is on the verge of a currency implosion as the Federal Reserve opens the floodgates of fiat in a bid to hide our system’s extreme destabilization and maintain what little international faith is left in our ability to service our rampant liabilities. Globalism has led us to disaster.  Read More
Posted by Donna Sorensen/jas2maui at 9:43 AM

America: On The Brink - Freedom Of Speech In Peril 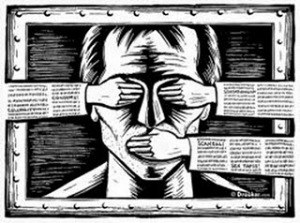 The political left in America is playing with fire. As Americans of my generation can tell you our parents warned us many times that playing with fire would get you burned. The left doesn’t know that. If they do—they are choosing to ignore it – at their own peril.

So, allow me to lay it out for the left as simply and as plainly as I know how. I apologize for the condescending manner in which this may appear, but, it seems the only way to get through the thick wall between the unrealistic world in which the left lives and the REAL world, where the rest of us live, calls for measures normally reserved for use with pre-school children.

Here goes: As long as Americans have the freedom to speak their minds openly, there will be, at least, some civility. If American’s freedom to speak freely is taken, or restricted, all hell will break lose and that includes the strong possibility, and yes, even the probability of armed resistance.

As I said, the left is playing with fire. They cannot control it. If they do not back off, it will soon become a raging firestorm that will consume them in its ferocity.

Civil discourse is great. Even uncivil discourse is, at least, discourse. But when the discourse stops, the remaining avenue of expression is — combat. It begins with civil disobedience.  Read More
Posted by Donna Sorensen/jas2maui at 9:33 AM

The War Against The Internet

The US used to focus on making useful things.

Then came a parade of manufactured enemies:

“The Huns” in World War I (a danger to British Imperial ambitions but not to us),

The Axis (which our leading industrialists and bankers funded and armed),

The communist menace (which we also helped create by exaggeration, pointless antagonism, and covert funding)

Now in the absence of any credible threat anywhere, the new danger is…Internet users. People with opinions, the technical term for which is now “domestic extremists.”

Here’s how this “war” (big bucks extravaganza) is being fought.

Posted by Donna Sorensen/jas2maui at 9:28 AM

Karl Marx and “Reconstruction”--Yesterday and Today 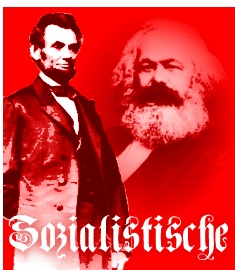 In his rather infamous book “Abraham Lincoln and the Second American Revolution” James M. McPherson has enthusiastically quoted Karl Marx’s remarks about Abraham Lincoln. McPherson was one of the first people I read, years ago now, that openly admitted the Lincoln/Marx political love-fest. He quoted Marx when Marx referred to Lincoln as “…the single-minded son of the working class” who has led his “country through the matchless struggle for the rescue of an enchained race and the reconstruction of a social world.”
The key words here are “reconstruction of a social world.”

You can argue about what Marx meant all you want, but it is of interest to note that when the radical Northern government imposed its program of “change” upon the Southern states after the War, they called it “reconstruction.” A sheer coincidence, many will say. Others with more of a suspicious bent are not all that sure about that.  Read More
Posted by Donna Sorensen/jas2maui at 9:22 AM 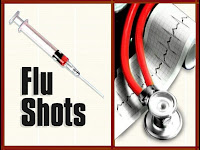 (NaturalNews) Like a medical house of cards in an earthquake, the seasonal flu vaccine mythology is collapsing right before our eyes. After months of urging everyone to get vaccinated (and blaming non-vaccinated people for skipping out on their "public health obligation"), UK health authorities announced last week that "healthy people" were to blame for causing a vaccine shortage that they claim now threatens the lives of sick children

As part of this ruse, they even suggested that pharmacies should be banned from selling flu vaccines to healthy people, explaining that healthy people didn't really need them anyway. Read More
Posted by Donna Sorensen/jas2maui at 9:14 AM

(NaturalNews) Here's an updated timeline of the mysterious animal deaths now happening around the world. Conventional explanations for these deaths now border on the outlandish: A bird die-off event in Romania is now being blamed on "drunkenness," for example.

Here's the updated list through January 14, 2011, in reverse date order:  Read More
Posted by Donna Sorensen/jas2maui at 8:44 AM