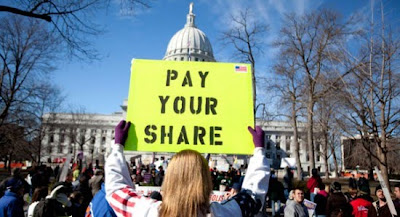 The controversial Republican collective bargaining bill was published today in Wisconsin. The administration will carry out the law as required starting tomorrow. The restraining order by radical Judge Sumi was issued against Democratic Secretary of State Doug La Follette, but the bill was published by the reference bureau who was not included in the temporary restraining order.

A controversial bill limiting collective bargaining for public workers has been officially published despite a temporary restraining order barring its publication by one state official.

The legislation was published Friday with a footnote that acknowledges the restraining order, but says state law “requires the Legislative Reference Bureau to publish every act within 10 working days after its date of enactment.”

Laws normally take effect a day after they are published, and Gov. Scott Walker’s administration is proceeding as if it takes effect Saturday.

John Jagler, a spokesman for Assembly Speaker Jeff Fitzgerald (R-Horicon), said he presumed the law would take effect Saturday. He said he did not know if the speaker spoke with the reference bureau about the matter before it was published.

The publication of the law came the same day a third court action was filed challenging Walker’s budget-repair law that sharply curtails union bargaining by public employees.
Posted by Donna Sorensen/jas2maui at 7:05 PM

Without a bailout, it seems almost certain that Portugal will default.

Will Financial Problems In Portugal Cause The European Debt Crisis To Spiral Out Of Control? 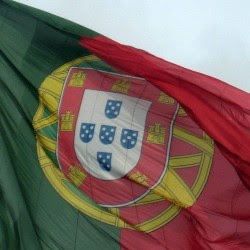 Most Americans have no idea just how bad the financial problems over in Europe are right now. The truth is that the entire European financial system is teetering on the brink of disaster. Ireland and Greece have already received bailouts and Portugal, Spain, Italy, France and Belgium are all drowning in an ocean of unsustainable debt. Sovereign credit ratings all over Europe have being slashed in recent months. For example, a while back Moody’s Investors Service cut Ireland's bond rating by five levels. Up until now Europe has weathered all of this financial instability fairly well, but now huge new financial problems in Portugal threaten to send the European debt crisis spinning out of control.

The Prime Minister of Portugal, Jose Socrates, resigned on Wednesday after the major opposition parties banded together to vote down the austerity measures that he was requesting. The package of budget cuts and tax increases was intended to get Portugal's horrible debt crisis under control. Prior to the vote, the prime minister warned that he would no longer be able to run the country if the austerity package was not passed.  Read More
Posted by Donna Sorensen/jas2maui at 6:58 PM

"Young Jacob‘s journey to genius hasn’t been a fairy tale. He didn’t speak until he was two, and he’s been diagnosed with Aspergers Syndrome, a mild form of autism." 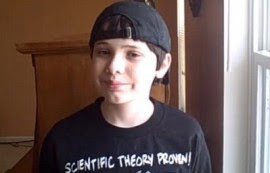 At 12-years-old, Jacob Barnett is a genius. He’s already in college, his IQ is higher than Einstein’s, and for fun he‘s working on an expanded version of that man’s theory of relativity. So far, the signs are good. Professors are astounded. So what else does a boy genius with vast brilliance do in his free time? Disprove the big bang, of course. For a minute, just a minute, try and follow his logic. He explained his thinking recently to the Indianapolis Star:

“There are two different types of when stars end. When the little stars die, it’s just like a small poof. They just turn into a planetary nebula. But the big ones, above 1.4 solar masses, blow up in one giant explosion, a supernova,” Jake said. “What it does, is, in larger stars there is a larger mass, and it can fuse higher elements because it’s more dense.”

“So you get all the elements, all the different materials, from those bigger stars. The little stars, they just make hydrogen and helium, and when they blow up, all the carbon that remains in them is just in the white dwarf; it never really comes off.

“So, um, in the big-bang theory, what they do is, there is this big explosion and there is all this temperature going off and the temperature decreases really rapidly because it’s really big. The other day I calculated, they have this period where they suppose the hydrogen and helium were created, and, um, I don’t care about the hydrogen and helium, but I thought, wouldn’t there have to be some sort of carbon?”  Read More
Posted by Donna Sorensen/jas2maui at 1:41 PM

"The framers actually meant ...The president acting alone was authorized only to repel sudden attacks (hence the decision to withhold from him only the power to “declare” war, not to “make” war, which was thought to be a necessary emergency power in case of foreign attack)."

A U.S. president has attacked another country, so it’s time for the scam artists to pull out their fake constitutional arguments in support of our dear leader. Not all of them are doing so, to be sure – in fact, it’s been rather a hoot to hear supporters of the Iraq war suddenly caterwauling about the Constitution’s restraints on the power of the president to initiate hostilities abroad. But I’m told that radio host Mark Levin criticized Ron Paul on his program the other day on the precise grounds that the congressman didn’t know what he was talking about when it came to war powers and the Constitution.

That means it’s time to lay out all the common claims, both constitutional and historical, advanced on behalf of presidential war powers, and refute them one by one.  Read More
Posted by Donna Sorensen/jas2maui at 12:15 PM

Gold And Silver Are Thriving While The U.S. Dollar Is Dying

"The world is simply starting to lose faith in the U.S. dollar." 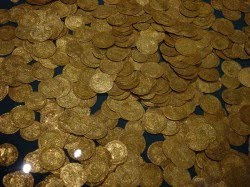 Have you heard the news? Gold hit another new record high on Thursday. It reached $1447.40 before settling back a bit. Most people responded to that news with a yawn. Why? Well, because it is happening so frequently these days. It seems like the price of gold is constantly setting a new record. Silver likewise is thriving. The price of an ounce of silver briefly hit $38.13 on Thursday. That was the highest price for silver in 31 years. But most people also responded to that news with a yawn. Why? Well, because the price of silver always seems to be going higher these days. Meanwhile, the U.S. dollar is struggling. The ICE Dollar Index fell to 75.340 earlier this week. That was the lowest it has been since December 2009. Even at a time when the sovereign debt crisis in Europe is flaring up again and there is tremendous instability all over the world the U.S. dollar still can't find much traction. In fact, many are convinced that the U.S. dollar is on the verge of another major fall. So what in the world is causing all of this?  Read More
Posted by Donna Sorensen/jas2maui at 10:15 AM

Rebel Commander in Libya Fought Against U.S. in Afghanistan

Shortly after unrest broke out in eastern Libya in mid-February, reports emerged that an “Islamic Emirate” had been declared in the eastern Libyan town of Darnah and that, furthermore, the alleged head of that Emirate, Abdul-Hakim al-Hasadi, was a former detainee at the American prison camp in Guantánamo. The reports, which originated from Libyan government sources, were largely ignored or dismissed in the Western media.

Now, however, al-Hasadi has admitted in an interview with the Italian newspaper Il Sole 24 Ore that he fought against American forces in Afghanistan. (Hat-tip: Thomas Joscelyn at the Weekly Standard.) Al-Hasadi says that he is the person responsible for the defense of Darnah — not the town’s “Emir.” In a previous interview with Canada’s Globe and Mail, he claimed to have a force of about 1,000 men and to have commanded rebel units in battles around the town of Bin Jawad.  Read More
Posted by Donna Sorensen/jas2maui at 9:56 AM

"Has cover-up of leakage been ongoing since massive March 14 explosion?" 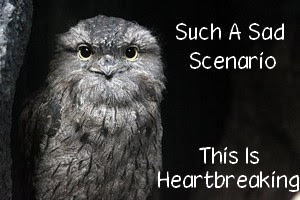 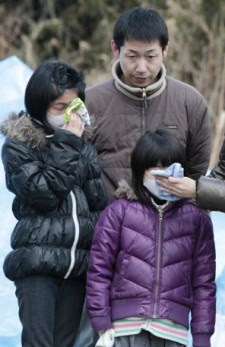 While the mass media has all but dropped its interest in the Fukushima crisis to focus on Libya and meaningless side-issues like the death of Elizabeth Taylor, the nuclear nightmare only worsens, as Japanese authorities admit that reactor number 3, which is the only reactor to contain MOX plutonium, is now leaking.

“It’s very possible that there has been some kind of leak at the No. 3 reactor,” Hidehiko Nishiyama, a spokesman at the Japan Nuclear and Industrial Safety Agency said in Tokyo today. While radioactive water at the unit most likely escaped from the reactor core, it also could have originated from spent fuel pools stored atop the reactor, he said.”

The water now leaking from reactor number 3 has radiation levels 10,000 times above the level of normal reactor water. Yesterday, two Fukushima technicians received instant radioactive burns when they stepped in the puddle of water, as it burned right through their boots.  Read More
Posted by Donna Sorensen/jas2maui at 9:48 AM