Is College Worth the Cost? 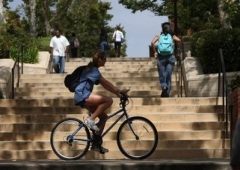 Jan 19, 2011 9:17 PM by Allahpundit
Nearly half of the nation’s undergraduates show almost no gains in learning in their first two years of college, in large part because colleges don’t make academics a priority, a new report shows.

Instructors tend to be more focused on their own faculty research than teaching younger students, who in turn are more tuned in to their social lives, according to the report, based on a book titled Academically Adrift: Limited Learning on College Campuses. Findings are based on transcripts and surveys of more than 3,000 full-time traditional-age students on 29 campuses nationwide, along with their results on the Collegiate Learning Assessment, a standardized test that gauges students’ critical thinking, analytic reasoning and writing skills.

After two years in college, 45% of students showed no significant gains in learning; after four years, 36% showed little change.


As Washington returns to normalcy after the pomp and circumstance of Wednesday's state dinner, businessman — and perennial "maybe" presidential candidate — Donald Trump isn't happy about the night's festivities.

He called in to "Fox & Friends" and unleashed.

"For us to be holding state dinners for people who are just totally manipulating their currency ... is hard to believe," said Trump. "You don't give dinners to the enemy and that's what they're doing."

If it were up to a President Trump? "I woud say, 'Get off your plane, come to my office and let's talk.'" (Trump has made China the subject of many criticisms of late).

If that didn't go so well, Trump had a back-up plan: "I would have sent them to McDonalds if we didn't make a deal and say, 'Go home.' The fact is they're laughing at our leadership and we're letting them get away with murder.
Posted by Donna Sorensen/jas2maui at 1:14 PM 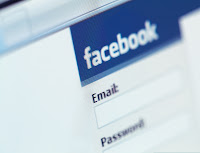 Most Security experts would agree with this.

With all the talk about Wikileaks releasing top secret documents and Julian Assange accusing the US of keeping Bradley Manning as a ‘political prisoner’ it makes one wonder can the internet be an even greater threat on a more personal level?

Internet security experts have said “Yes, as many sites are now integrating Facebook as a way to log into websites”. As Facebook is one of the must have websites on other websites such as the mini-google search box many sites have begun adding Facebook connectivity to their products.

“The current danger may be that a hacker may impersonate another user in a websites comments, where Facebook is used” says another security expert. However, others have cited other long term consequences where Facebook collects websurfing data and uses this to ‘enhance’ Facebooks targeted advertising system.

To the general population Facebook may provide a convenient way to log into multiple sites without multiple passwords. From a security stand-point Facebook is a disaster waiting to happen for if a hacker got into the passwords database the entire internet may be at risk resulting in a show of why there cannot be one central way to log into all of the websites on the internet.
Posted by Donna Sorensen/jas2maui at 11:08 AM 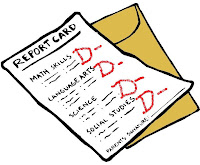 Two years ago today, Barack Obama was inaugurated as president of the United States. Are you better off today than you were two years ago?

Numbers don't lie, and here are the data on the impact he has had on the lives of Americans:  Read More
Posted by Donna Sorensen/jas2maui at 10:55 AM

Green Follies Escalate in the Face of Failure 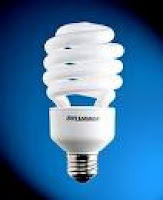 Those widely heralded compact fluorescent bulbs (CFLs) turn out to be a bit of dud in the real world.

For years, we have seen traditional light bulbs vanishing from shelves of hardware stores and Home Depots across America. They have been replaced by those screw-shaped things that bespeak the future -- a future of dull lights, money flowing overseas, Americans jobs being terminated, and promised energy savings going up in smoke.

From the Wall Street Journal:

California's utilities are spending $548 million over seven years to subsidize consumer purchases of compact fluorescent lamps. But the benefits are turning out to be less than expected.  Read More
Posted by Donna Sorensen/jas2maui at 10:41 AM

(NaturalNews) The U.S. House of Representatives has passed a repeal of Obama's health care reform, voting largely along party lines at 245 to 189 (three Democrats supported the vote). The bill now moves to the U.S. Senate where Senate Majority Leader Harry Reid promises to block it from ever coming to a vote there.

Democrats, predictably, attempted to emphasize how Obamacare would "create jobs." Of course it would create jobs: When the system doesn't help anybody get healthy, the number of patients needing disease management services skyrockets, and that translates into job creation in the sick-care industry.

A person could similarly "create jobs" by unleashing an infectious virus in a major U.S. city and seeing how many people line up for emergency care at the hospitals. But that's moronic. "Creating jobs" shouldn't be done on the backs of sick people -- especially when that sickness could be prevented through the application of commonsense nutrition.

Then again, one should never expect the rhetoric of lawmakers to follow any economic logic in the first place. Both war and disease create plenty of jobs. But those aren't the kind of jobs that improve the quality of life for the American people.

The real story behind health care reform:  Read More
Posted by Donna Sorensen/jas2maui at 10:25 AM