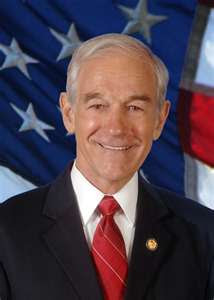 
"When Rick Perry drops out:
I wrote in August that Rick Perry will self- destruct within 30 days. His prospects for the presidency were as phony as the fantasy of a two-person race was false. Perry is a phony conservative who is not conservative. He is a pay-for-play politician who gobbled up Obama stimulus like a hound dog eating a bone, and created oceans of new government jobs in Texas while his big donors mysteriously received big government contracts. The Texas deficit ballooned and the Texas jobless rate doubled on Rick Perry's watch.

I will not speculate about the reasons for Rick Perry' s strange, weird and incoherent debate performance. Major new negative stories about Perry will soon emerge in the media. Trust me. Perry will drop out long before the year ends. If he dropped out today Ron Paul could well be in second place. Will pundits say it is a two-man race between Romney and Paul?

This is the most unpredicable campaign in many years. One insider recently asserted that if the election were held today Obama would certainly lose. Nonsense. Obama would cream Perry. I laughed when media pundits lauded the buffoon Donald Trump for a month as the great Republican hope.

This notion that the GOP contest was a two-man race was a mirage and pure pundit malpractice from the beginning.

Another mirage is Chris Christie, a not-very- popular freshman governor with zero national experience who could easily be defeated for reelection by dynamic Democratic Mayor Cory Booker.

Sarah Palin could jump in, but if she did, her motive would be to prevent any other Republican from winning. Obama would clean Palin's clock. So what next?

Mitt Romney is the Tom Dewey of 2012. He is qualified, presidential — and distrusted by virtually everyone. Like Dewey he looks like the plastic man on the wedding cake. He could be elected. Remember, Dewey almost won in 1948, but if Obama plays Truman I suspect he beats Mitt, but I could be wrong.

When Perry drops out, Ron Paul could be in second place. It could be a magical moment for Ron Paul, and perhaps Herman Cain, for a clean shot at second place. Let’s see what they do with it. Both Paul and Cain deserve far more respect from the major media. This is not a Soviet campaign where Pravda-like pundits treat certain candidates as though they do not exist.

If Jon Huntsman moves above the 10 percent he recently polled in New Hampshire, he becomes very serious. If not, he drops out by December and endorses Mitt.

The Republican battle is the exact opposite of a two-person race and always has been. It is wide open like the Wild West. The big question is who emerges as the leading conservative opponent to Romney, and whether Romney can make the leap to be trusted as a credible president.

Forget Chris Christie. The man to watch is Mitch Daniels, governor of Indiana. Daniels is trusted by all factions of the party, is highly qualified, and in my view has the best chance of defeating Obama. I have said it before. Remember where you heard it.

Rick Perry is toast. The two-man race is dead. The Republicans have entered the Wild West without Perry as a big-time player.
Posted by Donna Sorensen/jas2maui at 11:02 AM