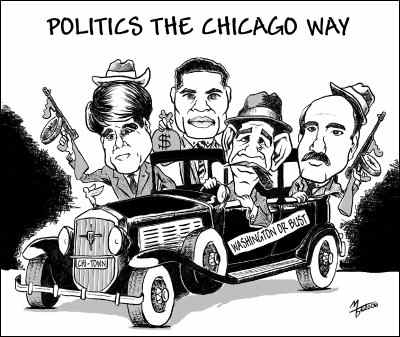 Barack Obama has begun an overhaul of his inner circle, lending the White House a more business-friendly face with the appointment of an outsider banker, William Daley, as his chief of staff.

Daley continues the heavy Chicago bent of Obama’s White House. He is a son of the legendary Chicago mayor Richard Daley and brother of the city’s outgoing mayor, also named Richard. But he marks a departure for the president after two years in office by dint of his considerable Wall Street experience.

The new chief of staff has for the past seven years been a senior executive at JP Morgan Chase, and before that worked for a hedge fund and in telecoms. He straddles the business-politics divide, having been Bill Clinton’s commerce secretary for three years from 1997 and managed Al Gore’s failed run for the presidency in 2000.   Read More
Posted by Donna Sorensen/jas2maui at 9:51 AM 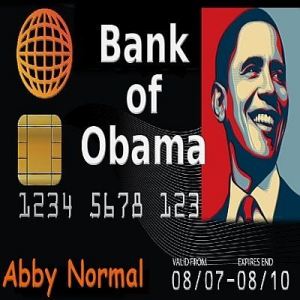 Fear-mongering works – why not try again? This must be the thinking behind Obama’s latest attempts to manipulate the new Congress. Austan Goolsbee, chairman of the U.S. Council of Economic Advisers, trotted out before the cameras this week to threaten the Republican Congress, saying that if they don’t raise the limit on the USA’s debt ceiling, the “impact on the economy would be catastrophic.”

Goolsbee spun the new lines cooked up in the White House communications office on ABC’s This Week: “If we get to the point where we damage the full faith and credit of the United States, that would be the first default in history caused purely by insanity.”

The real insanity is to continue to roll up debts we have no hope of paying. Goolsbee’s comments are part of a coordinated preemptive plan to blame the new Tea Party Republicans as the economy sputters. When fear reaches high levels, people don’t think clearly, and this is exactly what Obama is counting on. Read More
Posted by Donna Sorensen/jas2maui at 9:04 AM

A group of nearly 30 Republican members of the House of Representatives has introduced a bill to rein in the various “czars” serving in the Obama administration.

The bill mirrors similar legislation introduced in the 111th Congress that was not allowed to advanced under Democrats’ majority control.

But with Republicans commanding the House majority in the 112th Congress, Rep. Steve Scalise, R-La., and the 28 other Republican co-sponsors on the bill are hoping to do away with the informal, paid advisers President Obama has employed over the last two years. Read More
Posted by Donna Sorensen/jas2maui at 8:50 AM

Posted by Donna Sorensen/jas2maui at 8:42 AM