This is a NaturalNews exclusive breaking new report. Please credit NaturalNews.com. A multi-agency SWAT-style armed raid was conducted this morning by helmet-wearing, gun-carrying enforcement agents from the LA County Sheriff's Office, the FDA, the Dept. of Agriculture and the CDC (Centers for Disease Control).

This story is now being followed and widely reported on InfoWars (www.InfoWars.com) and the Drudge Report (www.DrudgeReport.com). See updates below... Read More
Posted by Donna Sorensen/jas2maui at 11:31 PM (The Washington Times) — U.S. debt shot up $239 billion on Tuesday — the largest one-day bump in history — as the government flexed the new borrowing room it earned in this week’s debt-limit increase deal.

The debt subject to the statutory limit shot way past the old cap of $14.294 trillion to hit $14.532 trillion on Tuesday, according to the latest the Treasury Department figures, which are released on the next business day.

That increase puts the government already remarkably close to the new debt limit of $14.694, which means one day’s new borrowing ate up 60 percent of the $400 billion in space Congress granted the president this week.

Debt numbers go up and down regularly, depending on what the Treasury Department is redeeming or issuing on any day, but have been on a steep upward trend for the past decade as spending has ballooned and revenues have fluctuated.

For the past 2 ½ months, though, the number essentially was frozen as the government was poised to reach the borrowing limit set by law. The Treasury Department used extraordinary means to stall, but was about to run out of room on Tuesday.

Update: One day after upping the debt ceiling and we’re already borrowing over 100% of GDP. Absolutely sickening.

Treasury borrowing jumped Tuesday, the data showed, immediately after President Barack Obama signed into law an increase in the debt ceiling as the country’s spending commitments reached a breaking point and it threatened to default on its debt.

The new borrowing took total public debt to $14.58 trillion, over end-2010 GDP of $14.53 trillion, and putting it in a league with highly indebted countries like Italy and Belgium.
Posted by Donna Sorensen/jas2maui at 11:20 PM

"US is just three years away from becoming Greece" 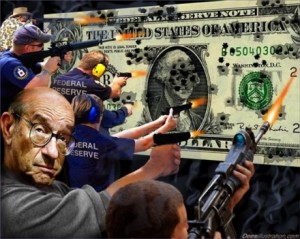 Former head of the Government Accountability Office and Comptroller General of the United States, David Walker has issued a stark warning following the compromise deal to raise the debt ceiling.

“We are less than three years away from where Greece had its debt crisis as to where they were from debt to GDP,” Walker highlighted in an interview with CNBC earlier today.

Greece’s ratio of debt to GDP has surpassed 100% and is heading towards 150%, a factor that has meant without bailouts from the EU and the IMF, the country would have defaulted.

The US is now nearing the same 100% margin with GDP growth floundering below 1%. Read More
Posted by Donna Sorensen/jas2maui at 10:27 AM

Take Our Government Back

Fox News put together a panel of small business owners who also affiliate themselves with the Tea Party, one of which is a Cuban man who immigrated to this country 50 years ago to get away from socialism. While all of them took offense at being labeled as terrorists, the man from Cuba says he’s seen this playbook before and he never thought he would see freedom in jeopardy here in America:

Posted by Donna Sorensen/jas2maui at 10:11 AM