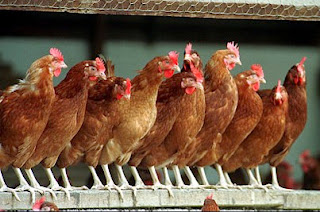 Today’s quiz: What do Vladimir Putin’s aggression and ObamaCare’s troubles have in common? OK, that was too easy.

It is impossible to dismiss as mere coincidence the Russian Bear’s invasion of Ukraine and the continuing mayhem of the Affordable Care Act. In their own ways, each reflects the full flowering of the policies of Barack Obama.

His chickens are coming home to roost, and what a mess they are making.

Obama’s sixth year in the White House is shaping up as his worst, and that’s saying something. He’s been in the Oval Office so long that it is obscene to blame his problems on George W. Bush, the weather or racism. Obama owns the world he made, or more accurately, the world he tried to remake.

Nothing important has worked as promised, and there is every reason to believe the worst is yet to come. The president’s casual remark the other day that he worries about “a nuclear weapon ­going off in Manhattan” inadvertently reflected the fear millions of Americans have about his leadership. Not necessarily about a bomb, but about where he is taking the country.

We are racing downhill and he is stepping on the gas. Will he stop before the nation crashes?

Ideologues love to dream, and some do it eloquently. Robert Kennedy famously said: “There are those who look at things the way they are, and ask why . . . I dream of things that never were, and ask why not?”

Mario Cuomo, no slouch at dreaming, nonetheless offered a caveat, saying, “You campaign in poetry, you govern in prose.”

Obama hasn’t figured out the difference. Even more alarming, he shows no signs of trying to learn. In the ways of the world, he remains a know-it-all rookie.

The view from his faculty lounge has no space for reality. Anything that doesn’t fit the grand plan is dismissed as illegitimate. So while global hot spots multiply and the world grows dangerously unstable, the president still plans to slash the military.

His trip abroad last week further secured his reputation for historic ineptitude. It wasn’t that the trip was a disaster — it never rose to that level. His presence and his promises simply made no difference.

He failed to move the European Union toward a firmer stance on Russia, created bizarre headlines by differing with the Vatican over what he and the pope discussed, and got not-so-veiled threats from the Saudis about Syria and Iran.

He could have stayed home and not done worse.

No president can win ’em all, but Obama’s foreign-policy record is unblemished by success. From east to west and north to south, America’s standing and influence have declined universally.

It is impossible for a US president to be irrelevant, but Obama is testing the proposition.

The frequent reports that Putin laughs when Obama warns of consequences can’t be far from the truth. Otherwise, Putin would be cautious instead of carving up neighbors and massing his military. It was also noteworthy that, after their Friday phone talk, ­Putin copied the Vatican and put out his own version of the discussion. Two can play the spin game, he seemed to be saying.

ObamaCare is the domestic expression of the president’s ineptitude. The law that was supposed to fix health care has become a problem for millions, and now enjoys mere 26 percent approval, a poll finds. It is proving so unworkable that the White House has given up defending it as written and instead simply changes key provisions when they prove impossible to implement or politically inconvenient.

Change No. 38 came when officials extended the March 31 deadline for signing up. Never mind that those same officials said recently there would be no extension, and that the law wouldn’t allow it.

Presto — the limits on his power are moot because the president says so. Meanwhile, aides claim they don’t know how many of the 6 million who enrolled actually paid for insurance.

A Caesar at home and a Chamberlain abroad, Obama manages to simultaneously provoke fury and ridicule. He bullies critics here while shrinking from adversaries there.

He divides the country and unites the world against us, ­diminishing the nation in both ways. His reign of error can’t end soon enough, nor can it end well.
Posted by Donna Sorensen/jas2maui at 12:47 PM

Posted on December 11, 2013 by patriotsbillboard.org

He has no real identity. He is half-white, which he rejects. The rest of him is mostly Arab, which he hides but is disclosed by his non-African Arabic surname and his Arabic first and middle names as a way to triply proclaim his Arabic parentage to people in Kenya . Only a small part of him is African Black from his Luo grandmother, which he pretends he is exclusively.

What he isn’t, not a genetic drop of, is ‘African-American,’ the descendant of enslaved Africans brought to America chained in slave ships. He hasn’t a single ancestor who was a slave. Instead, his Arab ancestors were slave owners. Slave-trading was the main Arab business in East Africa for centuries until the British (mostly) ended it.

It’s something Hillary doesn’t understand – how some complete neophyte came out of the blue and stole the Dem nomination from her. Obamamania is beyond politics and reason. It is a true religious cult, whose adherents reject Christianity yet still believe in Original Sin, transferring it from the evil of being human to the evil of being white.

Thus Obama has become the white liberals’ Christ, offering absolution from the Sin of Being White. There is no reason or logic behind it, no faults or flaws of his can diminish it, no arguments Hillary could make of any kind can be effective against it. The absurdity of Hypocrisy Clothed In Human Flesh being their Savior is all the more cause for liberals to worship him: Credo quia absurdum, I believe it because it is absurd.

Thank heavens that the voting majority of Americans remain Christian and are in no desperate need of a phony savior.

He is ridiculous and should not be taken seriously by any thinking American.

Jack Wheeler is a brilliant man who was the author of Reagan’s strategy to break the back of the Soviet Union with the star wars race and expose their inner weakness. For years he wrote a weekly intelligence update that was extremely interesting and well structured and informative. He consults with several mega corporations on global trends and the future, etc. He is in semi-retirement now. He is a true patriot with a no-nonsense approach to everything. He is also a somewhat well-known mountain climber and adventurer.
Posted by Donna Sorensen/jas2maui at 2:16 PM

Matthew McConaughey Delivers Impassioned Oscar Acceptance Speech About God and Gratitude: ‘Not of My Hand or of Any Other Human Hand’

Posted by Donna Sorensen/jas2maui at 12:55 PM