The Collapse of Arab Civilization?

The Bigger Picture: the rise of radical Islam and the crumbling of Arab civilization. 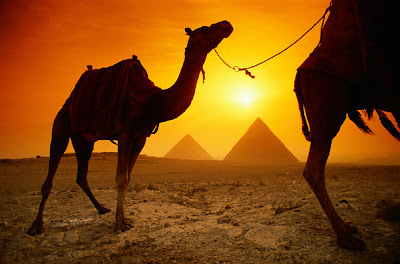 Five years ago, Lt. Col James G. Lacey published the article "The Impending Collapse of Arab Civilization" in The Naval Institute: Proceedings." He disputed the conclusions of two books which have particularly influenced recent foreign policy and grand strategy: The Crisis of Islam: Holy War and Unholy Terror, by Bernard Lewis, and The Clash of Civilizations and the Remaking of World Order by Samuel P. Huntington.

In his article, he stated:

A more accurate understanding of events leads to the conclusion that Arab, not Muslim, civilization is in a state of collapse, and it just happens that most Arabs are Muslims. In this regard, the fall of the Western Roman Empire was a collapse of Western Europe and not a crisis of Christianity.

His thesis was that while Islam itself continues to grow and thrive around the world (and indeed, is continuing to make swift inroads into Western states), it has been specifically in the Arab world where one has seen the turmoil of civilization in decay.

He has not been alone. Azmi Bishara wrote in 2003, in Al-Ahram Weekly (Cairo):

The Arabs ... are in a double state of decay that boggles the minds even of those who expected a hot summer of post-war decadence ... The [Arab] nation will be split between those who dance to the beat of scandal and defeat, and those who blow themselves up in what is turning into a deafening religious ritual.
Read More
Posted by Donna Sorensen/jas2maui at 11:51 AM 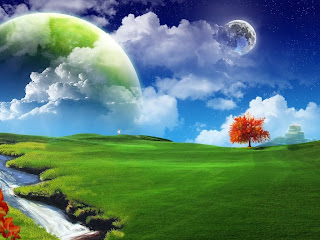 The marvel is that his administration says stuff like this with a straight face. Politico's Playbook:

-A senior administration official says the budget includes "$1.1 trillion in deficit reduction [over 10 years], with two-thirds of it from cuts. By taking a responsible approach to get us to live within our means and invest in the future, the budget will get us to a place by middle of the decade where we are no longer adding to our debt as a share of the economy and the government is paying for what it spends ('primary balance')."

--N.Y. Times' Jackie Calmes: "The budget confirms that Mr. Obama is not taking the lead in embracing the kind of far-reaching deficit-reduction plan recommended in December by a bipartisan majority of his fiscal commission. It proposed saving $4 trillion over a decade."

--WashPost's Shailagh Murray and Lori Montgomery: "Obama would reach his target in part by raising taxes, an idea that Republicans refuse to consider. ... The White House proposal ... would barely put a dent in deficits that congressional budget analysts say could approach $12 trillion through 2021."

I have to say that the GOP is only marginally better in approaching our titanic deficits. At least they refuse to raise taxes and have offered a serious proposal to cut $100 billion right away from the budget. And there are individuals here and there in the Republican party - Paul Ryan comes to mind - who have a clear eyed view of what must be done to get us back to fiscal sanity.

But it is depressing to contemplate that the meager, almost non-existent cuts the president proposes is considered by the administration to be enough so that the "government is paying for what it spends." Only in the La-La Land of Obama does trillions in deficits come close to government living within its means.
Posted by Donna Sorensen/jas2maui at 11:22 AM

Does Obama Want the Best for America or Does He Want to Destroy It? 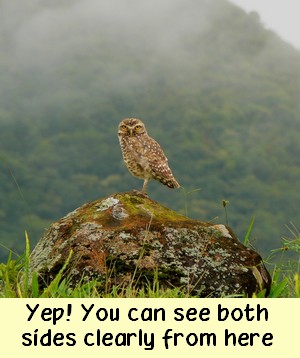 Among pundits on the right, there has been disagreement for quite some time over the fundamental motives informing President Obama's agenda. Essentially two schools of thought on the matter have emerged.

One school insists that while the president's policy prescriptions are indeed ultimately destructive, he nevertheless genuinely believes that their implementation is what's best for the country. This is the position taken by the likes of, say, Bill O'Reilly and nationally syndicated radio talk show host Michael Medved.

Members of the other school are convinced that Obama is resolved to weaken America. Only a determination on his part to diminish the country's military and economic preeminence in the world and traditional liberties at home can account for an agenda that is so obviously destructive of the nation that we have always known. Among the most illustrious exponents of this view is Rush Limbaugh.

Adherents of the first position think that the adherents of the second line are idiotic, if not "crazy" (although, interestingly, they haven't dared to call out by name "the King of talk radio" who has been in the vanguard of advancing it); champions of the latter believe that the former are naïve and confused.

This may come as a shock to both sets of apologists, but a synthesis of their perspectives is attainable.
Read More
Posted by Donna Sorensen/jas2maui at 11:07 AM

Posted by Donna Sorensen/jas2maui at 9:26 AM