An Agent Of The King In Every Home 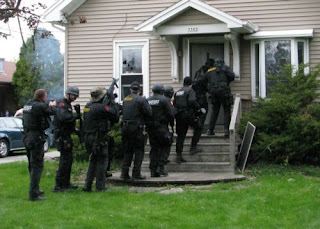 The legal concept of citizen privacy from government intrusion is unfortunately a very new one in the long strides of human history. The idea that government can be limited, or restricted in its powers by the people, and that certain realms of life can and should be off-limits to the prying eyes of bureaucracy, is rarely applied in any culture of any era. This is because most civilizations have been founded and ruled upon the principles of military dominance. There was no separation between the government and the armies it fashioned; the government WAS the military. That is to say, martial law was a way of life for society, privacy was a foolish dream, and daring to contest the fact usually led to one’s death.
Read More
Posted by Donna Sorensen/jas2maui at 3:00 PM