America Will Not Survive Without Alternative Markets

"The problem, of course, is in educating the populace on the necessity of alternative markets." 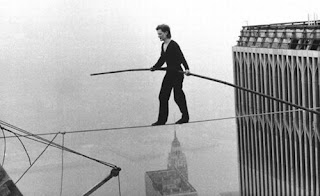 Commerce is the lifeblood of a nation. Without the free flow of trade, without financial adaptability, without intuitive markets driven by the natural currents of supply, demand, and innovation, cultures stagnate, countries whither, and one generation after the next finds itself deeper in the somber doldrums of economic disintegration. In an environment of transparency, honesty, and the absence of monopoly (government or corporate), on the rare occasions in history that these conditions are actually present in one place at one time, we often see an explosion of prosperity and true wealth creation. When local, decentralized markets are given precedence over subversive elitist leviathans like mercantilism or globalism, a wellspring of abundance bursts forward. Free people, building true free markets that serve the specific needs of individual communities and insulating the overall economy from systemic collapse; this has always been the wave of the future. Not “integration”, “harmonization”, or some fantastical nonsensical “global village” administrated by a faceless unaccountable transnational entity like the IMF, infested with sociopathic maid raping euro-trolls. Read More
Posted by Donna Sorensen/jas2maui at 2:14 PM

The Defense Authorization Act or H.R. 1540, aka The Forever War Act of 2012, was overwhelmingly approved by the House of Representatives earlier today on a vote of 322 to 96.

The Senate will now vote on its own version and then the two bills will need to be reconciled before going to Barry Obama for his signature into law.

The law authorizes the United States to use military force anywhere it says there are terrorists, including within the borders of our own country. It represents the largest hand-over of unchecked war authority from Congress to the executive branch in modern American history.

The founders were seriously opposed to handing this much power over to executive, fearing tyranny. If enacted into law, this provision will make Obama a dictator who can wage war without the consent of the American people.

Posted by Donna Sorensen/jas2maui at 11:57 AM

"Should several more states follow the same example set by Texas, the TSA and the Justice Department will have a major job on their hands threatening half the country with no fly zones and convincing Americans that it is the prudent course of action." 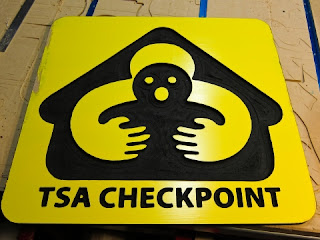 Utah looks likely to be the next state to follow the example set by Texas in attempting to make TSA grope downs a felony.

Rep. Carl Wimmer, R-Herriman has introduced a bill into the Utah House of Representatives that would ensure TSA agents would have to abide by the same Fourth Amendment limits that police do when performing searches on Americans.

“It is a work in progress,” Wimmer told the Utah Daily Herald. “What it would do right now is simply say TSA agents are not exempt from the requirement of reasonable suspicion or probable cause to pat down a citizen.”

Like the bill that was recently unanimously passed in the Texas House, Wimmer’s legislation would make it an offense to touch the private parts of the person on the receiving end of the pat-down.  Read More
Posted by Donna Sorensen/jas2maui at 11:53 AM

The Incredible Sucking Power of Tornadoes

"Tornadoes have shaken the nation, causing destruction in a matter of moments." 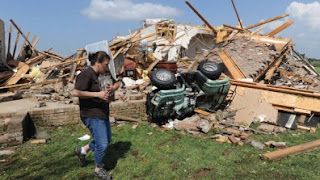 Survivors of the series of deadly tornadoes that have swept the U.S. in the past week have had first-hand experience with their shocking and intense power.

Indeed, tornadoes are so rapid and forceful the body may not have time to adjust to the pressure drop, experts told FoxNews.com. Within their vortex, a vacuum effect occurs -- and the negative pressure and upward winds can literally suck the air right out of people's lungs.

“It would be impossible for the person to draw in breath -- and if this lasts longer than three minutes it could prove fatal,” pulmonary specialist Dr. Len Horovitz told FoxNews.com.

Other dramatic tales of death and survival bear witness to the tornado's powerful might.  Read More
Posted by Donna Sorensen/jas2maui at 11:03 AM 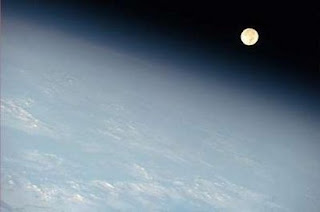 The world economy is losing strength halfway through the year as high oil prices and fallout from Japan’s natural disaster and Europe’s debt woes take their toll.

Goldman Sachs Group Inc. now expects global economic growth of 4.3 percent in 2011, compared with its 4.8 percent estimate in mid-April, while UBS AG has cut its projection to 3.6 percent from 3.9 percent in January. Downside risks also include a shift to tighter monetary policy in emerging markets.

“The world economy has entered a softer patch with the incoming growth data mostly disappointing,” said Andrew Cates, an economist at UBS in Singapore. “We suspect this soft patch will endure for longer.”

Data this week backed that outlook as reports showed Chinese manufacturing expanding at the slowest pace in 10 months, orders for U.S. durable goods dropping the most since October and confidence among European executive and consumers sliding for the third straight month. Investors are tuning in, pushing the MSCI World Index of stocks in advanced economies down 4.2 percent this month.  Read More
Posted by Donna Sorensen/jas2maui at 11:02 AM