"The end game has arrived for the current monetary system which began with Bretton Woods in 1944. The sub prime crisis, the Fukushima earthquake and nuclear disaster and the PIGS (Portugal, Ireland, Greece & Spain) were the final nails in the coffin of the dollar reserve system." 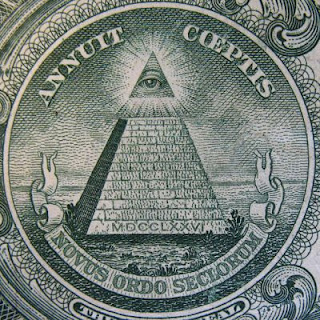 The recent financial fireworks in the US and in Europe have made it clear that QE3 is close at hand. The third installment described herein is much more than just another revving up of the printing presses, as it will involve a paradigm shift intent on restoring currencies and maintaining the current power structure.

It's an all too common mistake to see the central bankers and their mainstream media propagandists derided as incompetent fools. These “fools”control the money and the message and it's their game to lose. Most pundits think the powers that be have lost control and can do little more than kick the can down the road. They are wrong. We are about to witness one of the greatest orchestrated events in human history; a monumental sleight of hand that will restore economic prosperity, keep the masses happy and most importantly- maintain the parasitic elites in power.

Mainstream sources deride conspiracy theorists as simpletons unable to deal with the complexity of the world; the tin hat crowd are in need of a “God” or “bogeyman” to explain the evils of the world. The sophisticated academics and journalists tell us that history is the product of countless interests fighting for limited resources. The cabal of bankers is nothing more than a mirage conjured up in the thirsty imagination of simpletons.
Read More
Posted by Donna Sorensen/jas2maui at 8:08 PM