Barter networking is a powerful tool for countering the affects of depression, hyperinflation, stagflation, globalization, and beyond. 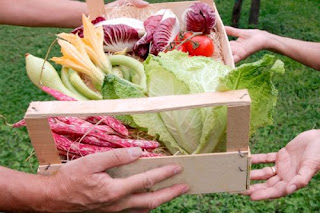 The concept of private barter and alternative economies has been so far removed from our daily existence here in America that the very idea of participating in commerce without the use of dollars or without the inclusion of corporate chains seems almost outlandish to many people. However, the fact remains that up until very recently (perhaps the last three to four decades) barter and independent trade was commonplace in this country. Without it, many families could not have survived.

Whether we like it or not, such economic methods will be making a return very soon, especially in the face of a plunging dollar, inflating wholesale prices, erratic investment markets, and unsustainable national debts. It is inevitable; financial collapse of the mainstream system ALWAYS leads to secondary markets and individual barter. We can wait until we are already in the midst of collapse and weighted with desperation before we take action to better our circumstances, or, we can prepare now for what we already know is coming.
Read More
Posted by Donna Sorensen/jas2maui at 11:13 AM 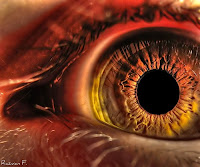 The days when you could be "anonymous" on the Internet are long gone. Social media networks like Facebook are a lot of fun, but you should expect to have absolutely zero privacy while using them. If you still believe that anything you say or do on Facebook is private than you are being delusional. Now, Facebook has even enabled facial recognition technology across its entire site. Facebook can now instantly identify your face out of its half a billion users worldwide. Facebook is using this technology for its new "Tag Suggestions" feature. The idea is that facial recognition technology will speed up the process of tagging friends and family in photos that have been posted on Facebook.  Read More
Posted by Donna Sorensen/jas2maui at 11:02 AM

Bill O’Reilly: Obama Must Stop the Nonsense on the Economy

"America is broke and private industry has lost confidence in the president.”

American independent Bill O’Reilly laid into Barack Obama last night for his stubborn determination to continue down a path of excessive spending and oppressive regulations. This was a brutal but honest critique of Obama’s failed economic policies.

Posted by Donna Sorensen/jas2maui at 10:49 AM

In speaking to a group of students in Minnesota last week, the Dalai Lama cleared up any uncertainty regarding his political views. “…As far as socio-political beliefs are concerned, I consider myself a Marxist,” he told the audience.

According to Religion Dispatches, one student questioned this statement, asking if this view of the world contradict the Dalai Lama’s philosophy:

Interestingly, the Chinese government as it currently stands is dominated partially by Karl Marx’s theoretical constructs. This isn’t the first time the Dalai Lama has professed his belief in Marxism. Below, watch a video of the spiritual leader discuss a variety of issues pertaining to China, his political views, and the like:

Posted by Donna Sorensen/jas2maui at 10:38 AM